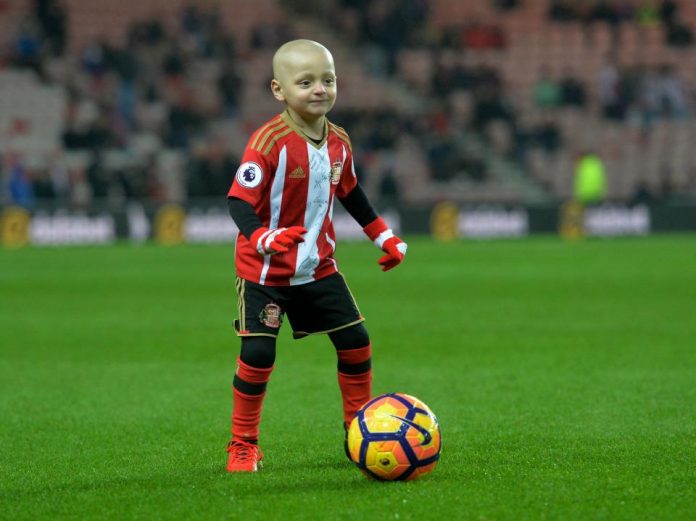 Everton are hosting Sunderland in the third round of the Carabao Cup on Wednesday at Goodison Park.

And it has been confirmed that the two sides will wear shirts promoting the Bradley Lowery Foundation. Bradley was a huge Sunderland fan who tragically passed away this year battling a long term illness called neuroblastoma, which is a very rare form of cancer.

The official shirts sponsors of both clubs, SportPesa and Dafabet, have agreed to the idea of promoting the foundation when the two sides meet in the League Cup.

“We are absolutely thrilled to see the foundation logo on the front of the shirts,” said Bradley’s mum, Gemma.

Bradley was diagnosed with neuroblastoma when he was just 18 months old. His brave fight with the disease touched the lives of people all around the world including Everton who invited him as a guest of honour in their match against Sunderland in the Premier League in February.

Bradley saw former Sunderland striker Jermaine Defoe as his hero and the pair shared many intimate and heart touching moments together. Many other celebrities showed their support for the Bradley Lowery Foundation when a charity match was organised at Goodison Park shortly after his untimely death.