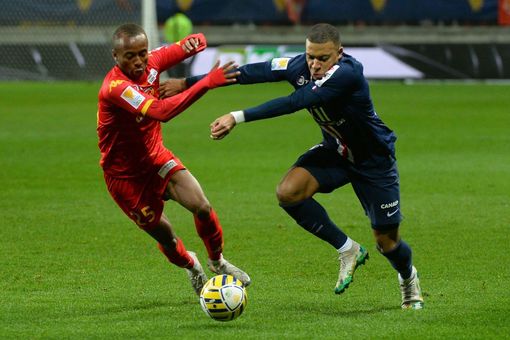 Everton and Newcastle United have received a massive boost in the race to sign Stephane Diarra after Le Mans’ president said the winger is free to leave the club.

According to reports from the Sunderland ECHO, Newcastle and Everton have been linked with a move for the 21-year-old winger.

The Ligue 2 side’s chief Thierry Gomez has now insisted that they have not received any offer for the player. However, if there is any interest, they will not stand in the way.

“For now, we haven’t received any offer. Stephane also knows where he comes from. If anything were to happen, it would be with our support,” he said.

“The subject isn’t relevant now. We’re entering a month that can bring up a lot of hope but also a lot of danger, so let’s stay focused on the next games, including the one against Caen on Friday night.”

Diarra has scored four goals and provided three assists in 23 appearances so far this season. However, the Liverpool Echo suggests that whether there is any actual interest in the player remains to be seen.

Need for a winger?

Sky Sports recently reported that Carlo Ancelotti will be looking to bolster the attacking department this month. The Italian could be willing to offload the likes of Gyli Sigurdsson and Moise Kean this month, but probably he would go after more established names.

Newcastle United have other targets as well. The Magpies are interested in Jarrod Bowen (h/t Sky Sports), while Valentino Lazaro is also being targeted.

Nevertheless, the comments from the club president will come as a massive boost for both Everton and Newcastle if they are looking to make any move for him this month.