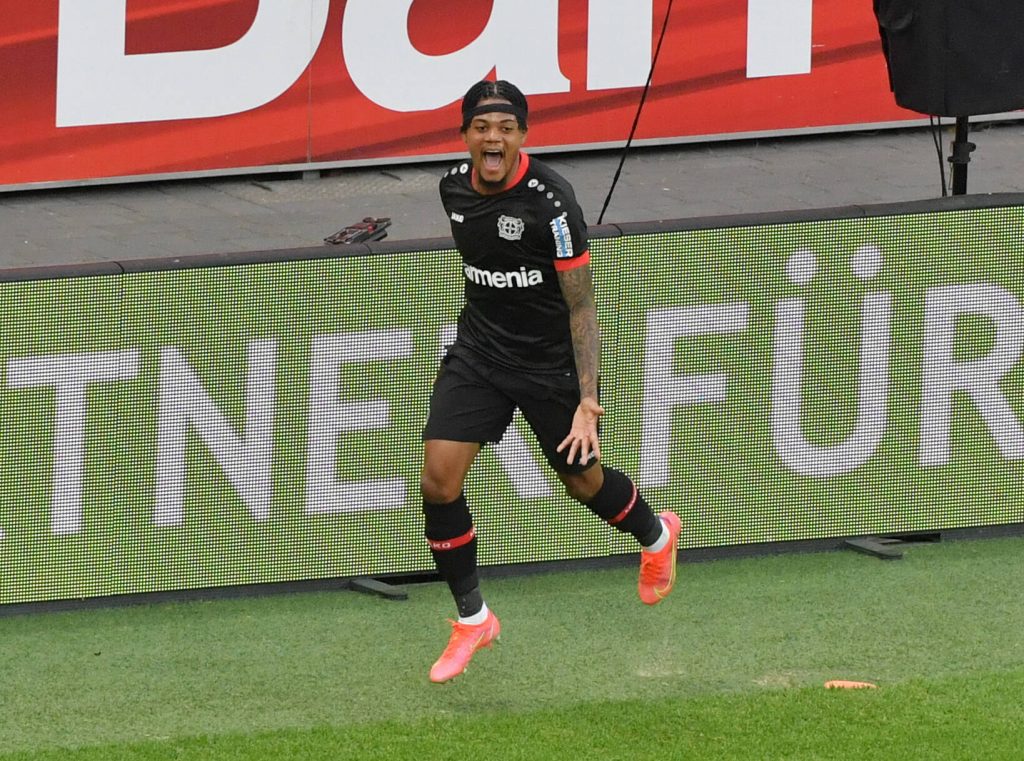 Bayer Leverkusen winger Leon Bailey has been linked with a move to the Premier League this summer.

We recently covered reports that Aston Villa are keen on signing the 23-year-old and have submitted an offer.

According to 90min, Leicester City and Everton are also interested in Bailey.

Bailey had an outstanding season with the German outfit last year, scoring 15 goals across all competitions.

Everton and Leicester need more depth in the wide areas, and Bailey would be a sensational signing for either club.

The Toffees recently signed Andros Townsend and Demarai Gray. However, the Leverkusen star would be an upgrade on both players and could transform Everton’s attack.

Rafael Benitez has two excellent forwards in Richarlison and Dominic Calvert-Lewin at his disposal, and Bailey could complete his front three.

Similarly, Leicester have missed a quality right-sided winger since Riyad Mahrez’s departure, and Bailey would be an ideal fit for them.

Apart from his goalscoring ability, the Jamaican is a superb creator, as evidenced by his 11 assists across all competitions last season.

Bailey is valued at €39 million, and both clubs can afford to sign him for the reported asking price.

Wolverhampton Wanderers and Southampton are also keeping tabs on Bailey, but he is likely to be beyond their financial means.