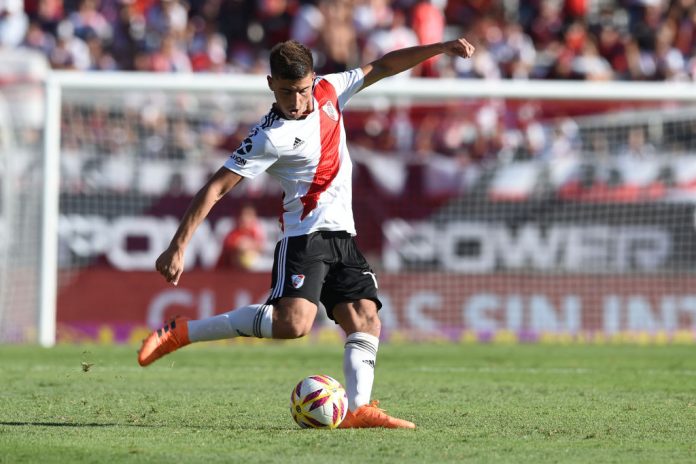 Everton have agreed on a deal to sign the Argentine midfielder Santiago Sosa.

According to Ole, the Premier League club will pay £13.3million for the player. The Toffees have triggered his release clause.

The 20-year-old midfielder is highly rated in South America and he could prove to be a good investment for the Toffees.

Everton are now working to secure a work permit for the player.

The Merseyside outfit have already signed Jonas Lossl this summer and it seems Sosa will be their second arrival.

The youngster is a defensive midfielder and he could be the ideal successor for Gueye when he moves on.

Sosa will need time to adapt to the English league and once he is settled, he could be a useful option for Marco Silva.

Everton need more depth in central midfield and the 20-year-old could play a role in the cup games.

It will be interesting to see if he joins up with the Everton youth team for now. First, his work permit issues will have to be ironed out.

Marcel Brands was brought in to identify and sign the best young talents around and players like Sosa could have a big impact in future. Therefore, the fans will have to be patient and give their new signings a chance even if they fail to impress initially.