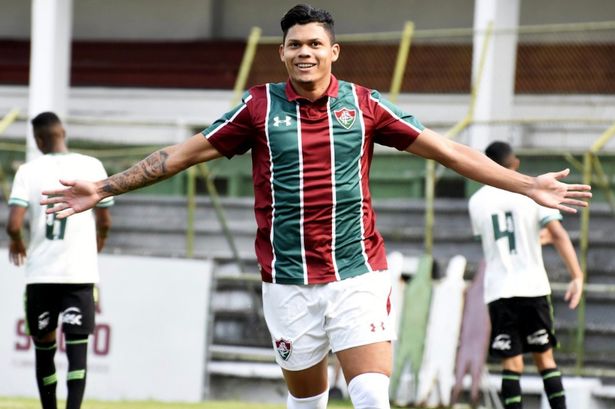 The European champions have already made contact with the player’s representatives. The Reds have monitored his progress at Rio de Janeiro side Fluminese but as of now no bids have been placed for the 20-year-old striker.

He was the top scorer in Brazil’s under-20 league last season, and scored his first two goals as a professional for Fluminese. His goals helped the club beat Corinthians in the final round of fixtures of the Brazilian league, and it has drawn Liverpool’s attention.

His contract expires in February. After the match, he spoke about the speculation linking him with Liverpool.

“Let’s see. The league is over now. I’ll see with my agent,” he said, in quotes reported by Sport Witness.

“Let’s sit down with Fluminense’s board and sort the best situation for me.

“We’ve been negotiating for a long time. We are seeing what is best.

“These goals help a lot. I’m waiting to see what will happen. I don’t know. I can’t talk yet. It’s a club that opened its doors to me. I’m very happy and I really want to stay.”

According to Brazilian outlet Netflu, the Reds have already made contact with the player’s representatives.

Obviously, a move to Liverpool will be a big step up in his career, and it remains to be seen whether the Reds can manage to get a deal done for him.

Liverpool, meanwhile, maintained their position at the top of the Premier League, eight points ahead of second-placed Leicester City.