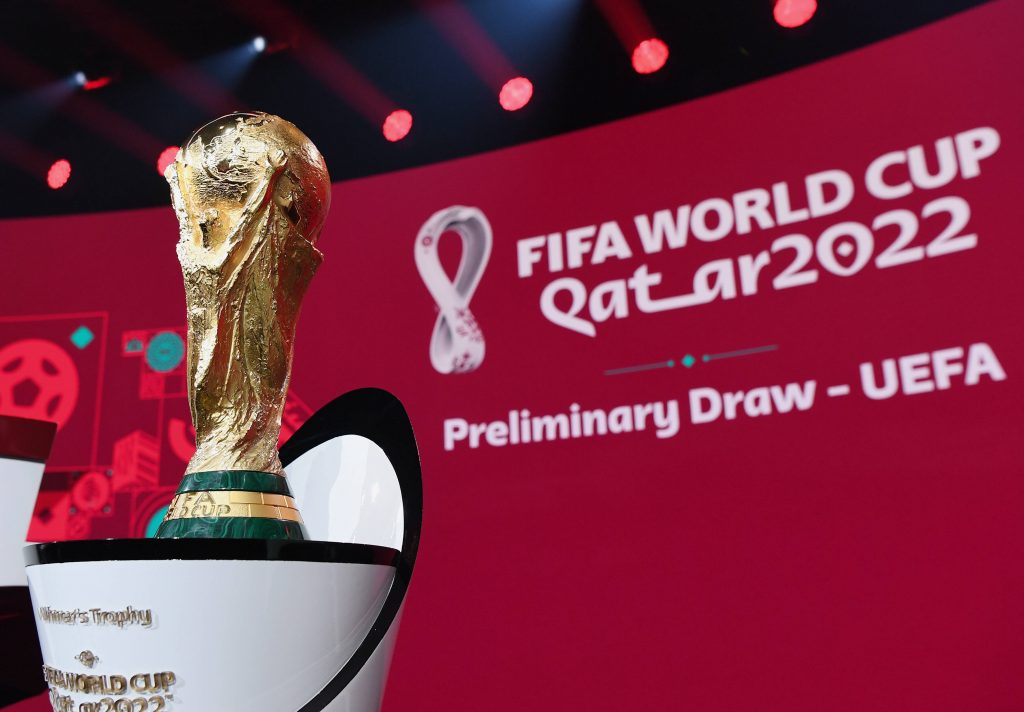 Club football goes dormant for a fortnight as national teams return to action for the first time since November 2020.

The European section of the 2022 FIFA World Cup qualification gets underway on March 24.

All 55 UEFA national teams seeded into ten qualifying groups will battle it out for 13 places at the final tournament.

Group winners will secure an automatic berth in Qatar, while the runners-up will have to navigate through the play-offs.

Though the original design incorporated two matchdays for June 2021, the postponement of the Euro 2020 has caused havoc in the international schedule.

To complete the qualifying group stage by November 2021, national teams in Europe will commit to three matchdays instead of two as planned initially.

Like the last competition, the teams will face each other home-and-away in a robin-round format.

Portugal, Serbia and Luxembourg have been drawn together, as was the case in the Euro qualifying Group B.

The Republic of Ireland and Azerbaijan are the remaining teams in the section that hugely favours Fernando Santos’ side to qualify directly for the World Cup finals.

Fifth in the FIFA rankings, the Seleção seek their sixth consecutive appearance at the final tournaments, last failing to qualify for the finals in 1998.

Spain cannot avoid Sweden in these qualifying stages, as the two teams exchanged tackles in Group F in the Euro 2020 qualifiers.

Greece, Georgia and Kosovo are minnows in Group B, with the latter two yet to qualify for the final tournament as sovereign nations.

La Furia Roja have contested in each of the last 11 World Cup tournaments and are front-runners to finish top of this section.

All teams in this section except for Lithuania have featured in the World Cup finals at least once.

Gli Azzurri are titled as favourites to claim the top spot, with Switzerland searching for their fifth successive qualification.

Northern Ireland and Bulgaria will be looking to reach the finals for the first time in the 21st century.

France’s road to Qatar begins on March 24 when they host Ukraine to the Stade de France in their Group D curtain-raiser.

The reigning champions are odds-on favourites to prevail in this group and advance to the final battlefield for the seventh time running.

In addition to Ukraine, Finland, Bosnia & Herzegovina and Kazakhstan will try to throw a spanner in Les Blues’ efforts to book their place in Qatar.

Finland and Kazakhstan have never qualified for the final tournament before.

Belgium, Wales, Czech Republic, Belarus and Estonia are the participants in Group E.

Wales and the Czech Republic are likely to square off for the play-offs spot as Belgium look destined to progress as group winners.

Massive outsiders to make any notable result in this section, Belarus and Estonia seem highly unlikely to reach the World Cup finals for the first time.

Denmark will challenge Austria, Israel, the Faroe Islands and Moldova to secure back-to-back qualifications after completing their journey in the 2018 FIFA World Cup in the round of 16.

Of all teams in this group, only Denmark have competed in the final tournament this millennium.

While Austria last earned the right to fight for the trophy in 1958, Scotland last did it in 1998.

Israel, the Faroe Islands and Moldova are all chasing their debut appearance at the big stage.

The Netherlands’ recent showings in the UEFA Nations League and Euro 2020 qualifiers indicate Frank de Boer’s men have what it takes to shine in Qatar.

However, they need to qualify first.

After missing out on the 2018 FIFA World Cup, they will be desperate to restore themselves among the world’s elite.

The Oranje come up against Erling Haaland’s Norway, Turkey, Montenegro, and minnows Latvia and Gibraltar.

After hosting the last tournament, Russia entertain the prospect of playing in the World Cup finals three times in a row for the first time since the collapse of the Soviet Union.

Meanwhile, the Mediterranean countries have often crumbled in official matches and should pose no threat to other teams in this group.

Having gone all the way to the final four in Russia and subsequently impressed in the Euro 2020 qualifiers, England will headline proceedings in Group I.

Only Hungary among the four underdogs in this group have made it to the final tournament in the past, most recently in 1986.

Gary Lineker once said: “Football is a simple game. Twenty-two men chase a ball for 90 minutes and in the end, the Germans always win.”

When it comes to the World Cup qualification, he could not be more right as Die Mannschaft have never failed to progress from their qualifying group.

Elsewhere, North Macedonia, Armenia and Liechtenstein still wait for their debut at the most prestigious international scene.

All fixtures kick-off at 19:45 UTC unless otherwise stated.

Group A: Portugal vs Azerbaijan; Serbia vs Republic of Ireland.

Group B: Spain vs Greece, Sweden vs Georgia.

Group I: Andorra vs Albania, England vs San Marino, Hungary vs Poland.

Group A: Republic of Ireland vs Luxembourg, Serbia vs Portugal.

Group I: Albania vs England (17:00), Poland vs Andorra, San Marino vs Hungary.

Group A: Azerbaijan vs Serbia (17:00), Luxembourg vs Portugal.

Group B: Greece vs Georgia, Spain vs Kosovo.

Group D: Bosnia and Herzegovina vs France, Ukraine vs Kazakhstan.

Group I: Andorra vs Hungary, England vs Poland, San Marino vs Albania.