The eight European teams fighting it out for a place at next summer’s World Cup in Brazil were on show last night in the play-off fixtures, with the four ties giving an advantage to one of the teams after the first leg.

Greece, Ukraine and Portugal all recorded victories in their home legs, while Croatia take a 0-0 draw back to Zagreb for the decisive second leg.

With 90 minutes set to decide each of the nations’ World Cup fates, here are five things that became apparent in the first leg fixtures. 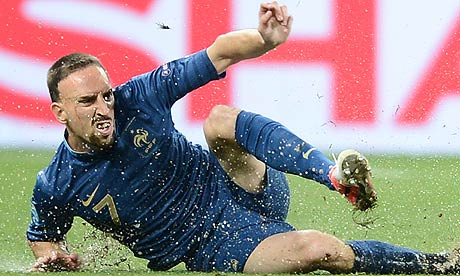 With Bayern Munich’s dominance both domestically and on the continent last term, Franck Ribery has been riding the crest of the Allianz Arena wave.

The winger has been touted as a man that could possible wrestle the Ballon d’Or away from Lionel Messi, after playing a significant role in the Bavarian giants’ success.

However, against Ukraine, Ribery was marshaled well and certainly did not look like the world’s best player.

In a tight game between Portugal and Sweden, Cristiano Ronaldo proved the difference and gave his side an invaluable lead going into their trip to Scandinavia.

Messi must still be the frontrunner for the Ballon d’Or, Ronaldo is a real contender, but Ribery may have to be content with a position amongst the best of the rest.

Greece are no longer a boring side

Greece’s most memorable day as a footballing nation was their success at Euro 2004, with the eastern European side recording tight wins and become difficult to beat in their march to victory.

However, this Greece team has the attacking weaponry to become a more offensive side.

This more progressive approach is led by striker Kostas Mitroglou, who scored a brace against Romania in his side’s 3-1 win.

The Olympiakos striker can announce himself on the world stage if the Greeks finish the job next week, as Fernando Santos’ men ditch the boring tag. 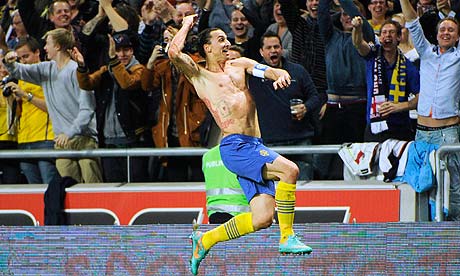 Zlatan Ibrahimovic will go down as one of the best strikers of his generation, and certainly as a legend in Swedish football.

However, after a 1-0 defeat to Portugal in Lisbon, the Paris Saint-Germain forward has 90 minutes on home soil to inspire his side to overcome the deficit and make it to what would surely be his last chance to shine at a World Cup.

Still his nation’s talisman, the tempestuous striker has one game to further extend his legacy.

Iceland’s golden generation may still have to wait 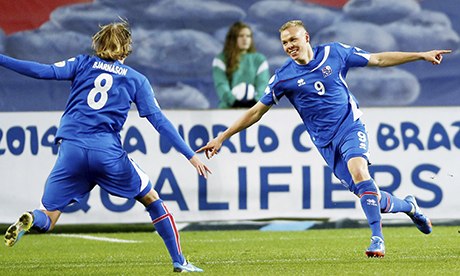 Iceland have never made it to a World Cup, but a generation of talented young players have come through the ranks over the last 12-24 months.

The Scandinavian outfit have a number of excellent strikers, such as Kolbeinn Sigthorsson and Alfred Finnbogason, and would have wanted to get an advantage on home soil in their tie against Croatia.

With a tough trip to Zagreb next week, despite Iceland’s progression as a footballing nation, their wait to play in the World Cup may well be extended. 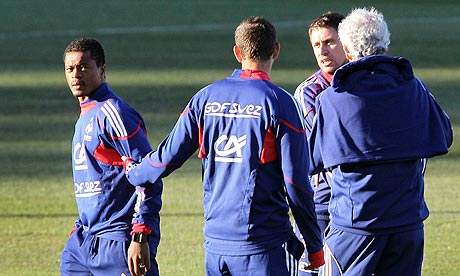 Looking at the talent at Didier Deschamps’ disposal, France should be one of the nations talked about as potential contenders at next summer’s tournament. However, after a nightmare first leg against Ukraine, Les Bleus are really struggling to make the competition.

Despite the considerable individual talents of the respective squad members, there is seemingly a division when it comes to the national stage – which was apparent in South Africa in 2010.

Deschamps has a job on his hands to rally his troops for the return leg in Paris, with mentality the only thing that is stopping France from living up to their potential.