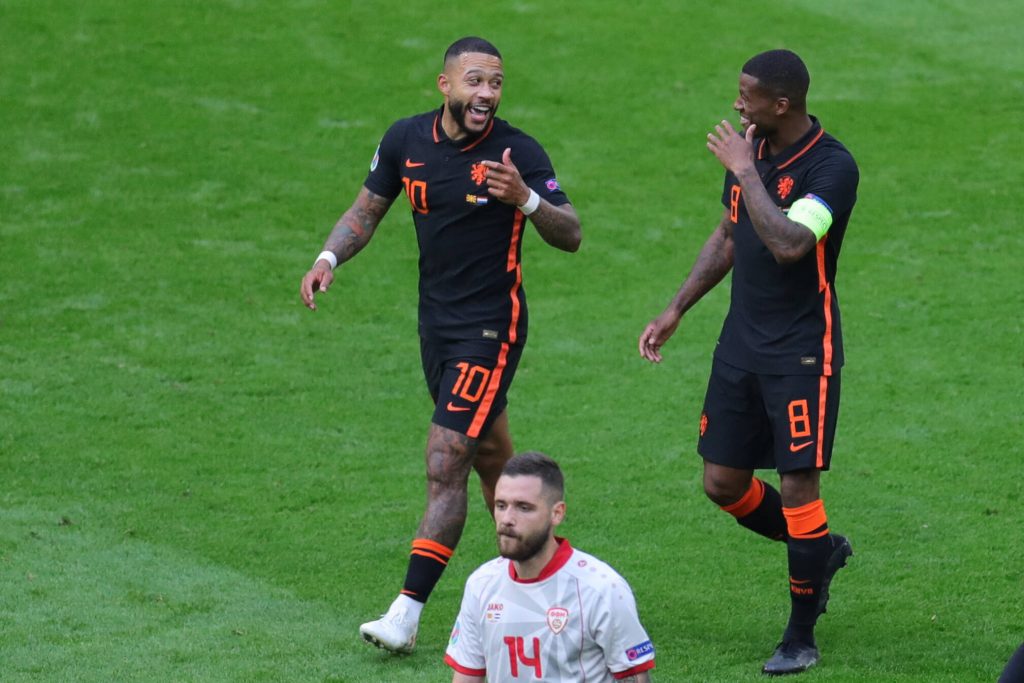 The group stage has come to an end, and now we have to endure two whole days without Euro 2020 action. How will we cope?

At least the groups ended on a cracker, with several exceptional performances from the final round of fixtures.

Here is our best XI from round three of Euro 2020.

Lukas Hradecky (GK) – It feels a bit bizarre to include someone who scored an own goal, but here we are.

Hradecky kept Finland in the game for as long as possible, producing several excellent stops to keep Belgium out before being cruelly robbed of his clean sheet.

Nelson Semedo (RB) – The selection of right-backs from the latest round of fixtures was somewhat slim, but Nelson Semedo gets in for a solid performance.

He got a lot of criticism for his performance against Germany, and many feared that it would be a tough night against Kylian Mbappe. But this wasn’t the case, and he coped with the youngster admirably.

Andreas Christensen (CB) – Denmark went into their final game desperately needing a win or else they would be eliminated. At 2-1 up going into the closing stages, things were getting nervy.

Up stepped Chelsea’s Andreas Christensen, who secured his side’s place in the knockout stages with one of the goals of the tournament, finding the roof of the net with a first-time strike from long range.

Aymeric Laporte (CB) – None of Spain’s forwards could finish, so a defender decided to show them how it’s done.

Laporte got his head on Gerard Moreno’s cross and finished into the far corner to put Spain 2-0 up against Slovakia. He also helped them keep a clean sheet as La Furia Roja won 5-0.

Steven Zuber (LB) – Switzerland had been fairly blunt going forward at Euro 2020, but that soon changed with the introduction of Steven Zuber to the starting lineup.

He recorded three assists from the left-wing-back position. This will surely be enough to earn himself a starting berth for the knockout tie against France.

Georginio Wijnaldum (CM) – Netherlands ended the group stage on maximum points, and Wijnaldum has been a huge part of it.

He continued his fine start into round three against North Macedonia, netting two goals to take his tally to three for the summer.

Luka Modric (CM) *PLAYER OF THE ROUND* – At 35-years-of-age, Luka Modric is still one of the best midfielders on the planet, and he once again proved that against Scotland.

In a game that his side needed to win, Modric stepped up with a dominant performance at Hampden Park.

He netted an exquisite outside of the foot goal to put Croatia 2-1 up and later assisted Ivan Perisic from a corner.

Paul Pogba (CM) – The headlines may have been about Cristiano Ronaldo equalling Ali Daei’s record or the controversial award of three penalties, but Paul Pogba deserves a lot of recognition for his display.

He was also unlucky not to bag a goal of his own, seeing his thunderous longshot turned onto the crossbar.

Xherdan Shaqiri (RW) – The Liverpool winger can be inconsistent, but when he’s on it, he’s terrific.

He proved that in Switzerland’s final group stage game against Turkey. First, he bent one into the top corner from outside the box with his weaker right foot.

Then, he finished with his left for his second and Switzerland’s third, ensuring their progression to the last 16.

Robert Lewandowski (ST) – Being the only world-class player in a weak Poland squad, Lewandowski had the weight of an entire nation’s hopes on his shoulders. This did not deter him in their fixture against Sweden.

With his side 2-0 down and heading out, the striker hit a beauty to pull one back and then later got another to equalise.

It wasn’t enough to take Poland through, but Lewandowski did all he could.

Memphis Depay (LW) – He actually played centrally, but there weren’t any standout left wingers, and he drifted wide, so just let me have it, okay?

The new Barcelona recruit had another fine evening for Netherlands. He was involved in all three goals that they scored against North Macedonia, hitting one for himself and assisting two for Wijnaldum.