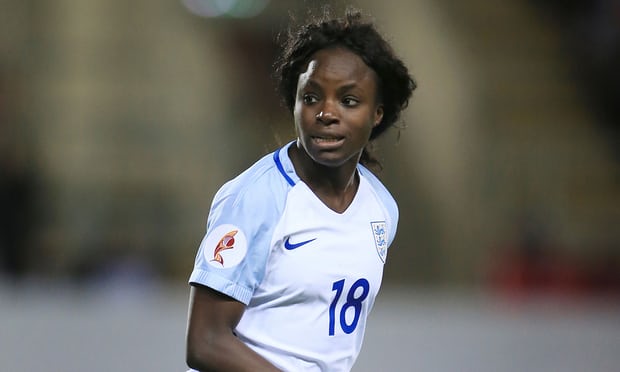 The Football Association was under pressure to explain why it paid “hush money” to international footballer Eni Aluko, one of the most recognisable female footballers in the world. The England international was paid around £80,000 to sign an agreement that the FA claims were to “avoid disruption” ahead of this summer’s Euro 2017.

And now, a report from Guardian suggests that Mark Sampson, the manager of the England women’s football team, told one of his black players to make sure their Nigerian relatives did not bring Ebola to a game at Wembley.

Aluko told Guardian that FA had been well aware of the comment by November 2016 but ignored it despite there being allegations against Sampson that he had asked a mixed-raced player in another England get-together how many times she had been arrested.

Aluko signed a confidentiality agreement with the FA but has now obtained consent to reveal what she had to say about the matter. She stated that the comment was made to her before England played Germany in November 2014.

“We were in the hotel. Everybody was excited. It was a big game. On the wall, there was a list of the family and friends who were coming to watch us, and I just happened to be next to Mark. He asked me if I had anyone who would be there and I said I had family coming over from Nigeria. ‘Oh,’ he said. ‘Nigeria? Make sure they don’t bring Ebola with them.’

“I remember laughing but in a very nervous way. I went back to my room and I was really upset. It might have been easier to take if it was about me alone. Lots of things had been said about me over those two years, but this was about my family. I called my mum, and she was absolutely disgusted.”

Sampson is understood to have denied making the alleged Ebola remark but, according to the FA, he doesn’t plan on saying anything at this time.

Aluko was last season’s top scorer in the Women’s Super League and featured in the Professional Footballers’ Association Women’s Team of the Year.

Racism and football have a long history and despite things becoming a lot better in recent times, the revelations, in this case, prove it is far from being eradicated from the beautiful game. What is even more troubling here is a manager being discriminatory to his players when the key part of their job is to make each member feel like an integral member of the team and not exclude anyone this way.

Despite this, FA will continue to back Mark Sampson, and the game’s governing body in England will also reject calls, that are being led by the Professional Footballers Association, for a renewed investigation into Aluko’s allegations.