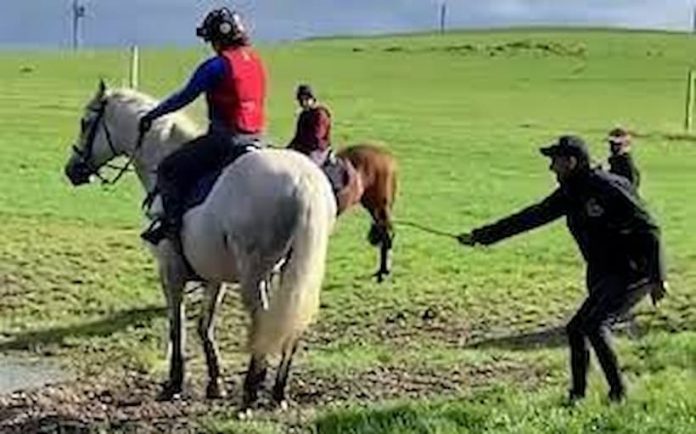 SIR MARK TODD’S Training Licence has been suspended for hitting one of his horses with a branch on ten separate occasions.

A video went viral on various Social Media platforms, the trainer has since apologised for his actions.

The BHA has since released the following statement: “The Chair of British racing’s Independent Judicial Panel has today approved an application from the BHA that an interim suspension should be placed on the training licence of Sir Mark Todd following the emergence over the weekend of a video showing him striking a horse with what appears to be a branch.

“This interim suspension means that while investigations continue into the circumstances of this incident, Sir Mark will be unable to race horses in Great Britain or Internationally.

“The trainer has admitted the individual involved in the video was him, has apologised for his actions and agreed to the imposition of an interim suspension.

“On Sunday the BHA condemned the video and confirmed that it was looking into the incident.

“The BHA will provide further updates as necessary in due course, though will not be able to comment on the detail of the investigation itself until it is concluded.”