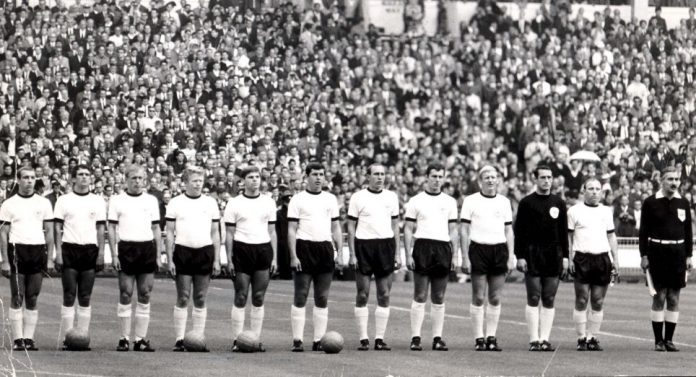 West Germany has been accused of operating a widespread doping programme amongst it’s athletes through the 1950’s, 1960’s and 1970’s.

Every sports fan is familiar with the questions asked of Briton Chris Froome over doping in this summer’s 100th Tour de France. Unfortunately for cycling post Lance Armstrong, this is likely to be a common theme in post race interviews, only time will tell if the current crop are as clean as they proclaim. I certainly hope they are.

East Germany was infamous for its government’s control over it’s athletes and their chemical intake. Now it seems West Germany was at it as well, although not to the same level. The report states:

“The participation of many coaches, sports doctors and officials was in a manner conspicuously similar to the systematic doping system of the GDR.”

The report, which was partially leaked, claims that West German Officials may have encouraged doping and sponsored its activity. One official is quoted as having said:

“Our athletes should have the same conditions and services as the Eastern bloc athletes.”

Doping is not confined to modern-day sports; unfortunately there are numerous cases over the past year of cyclists and track and field athletes being picked up for doping but the use of chemicals to improve physical ability on a large scale started when German soldiers used the drug methamphetamine – more commonly known as crystal meth – under the trademark Pervitin in WWII.

Luckily English football is reported to be clean today. Officials take a hard line with constant drug tests and harsh bans for non-compliance. Rio Ferdinand will certainly remember the 8-month ban he received for being found guilty of missing a drugs test in 2003.

I can understand the desire for athletes to be the best, what is difficult to understand is how the feeling of winning something as epic as the Tour de France illegally is a good one. History has shown you will be caught eventually so why do it in the first place?

It is important for the integrity and credibility of football, and other sports, that the athletes competing are clean and I expect (and hope) the majority are.