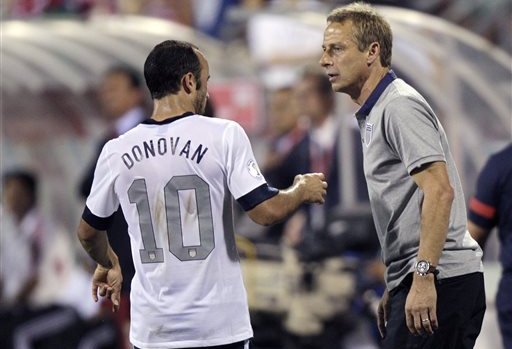 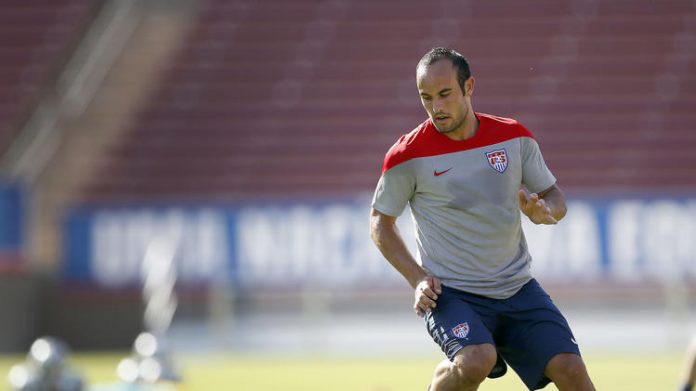 We’re going to look back and say this is the moment where it all fell apart.

Apparently, 156 games, 57 international goals, twelve World Cup games, five World Cup goals, an unassailable position as the best American player ever, a position of leadership and a whole lot of motivation to ride off into the sunset on a high doesn’t get you a place on Jurgen Klinsmann’s World Cup roster.

And why should it? Why select a player like Donovan when you can have Brad Davis, Chris Wondolowski, and teenager Julian Green who plies his trade in the third division in Germany.

This squad was Klinsmann at his worst. Untrusting of MLS players – he cut five. Biased towards German players – he kept every single one, including Timmy Chandler and John Brooks.

It’s erratic, and it harkens back to the oldest page in the book on Klinsmann the coach: He wakes up in the morning, rolls over, and decides to try stuff.

Maybe Klinsmann likes Yedlin’s hair. Maybe he panicked. Maybe he started watching the game tape of Ghana, Portugal, and Germany, gave up, and decided the team’s rallying cry would be “Let’s go get ‘em in Russia!” 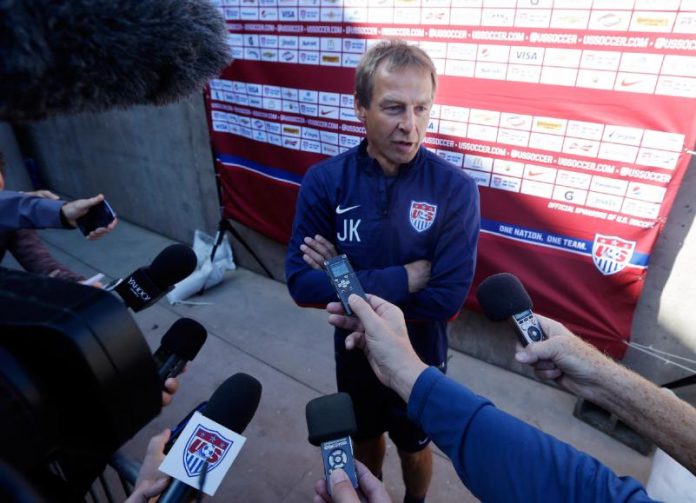 In any case, I’d like to congratulate Mr. Positivity on turning the vibe around the US World Cup campaign from solid and spirited to confused, angry, and devastated.  So much for harmony – the American’s heart just got ripped out.

It’s about Donovan. Everyone could have stomached the other bewilderments if Donovan was included.

Slice his omission anyway you want. It doesn’t make sense.

It’s been said that Donovan is lacking hunger, lacking intensity, or just not playing well enough.

I don’t buy it. In Donovan’s last MLS game against Portland before the start of US camp, he ran the show. He was the best player on the field by miles. I think Donovan came back to soccer so he could play in this World Cup.

He said over and over again that he wanted to play; he wanted very badly to play.

But like a kid waking up and slowly walking over to his window to see if it had snowed over night, knowing in his heart of hearts it didn’t, Donovan knew he might get cut.

This is how it ends for America’s finest ever player. Dropped without warning on a Thursday afternoon just one week into World Cup training camp.

My best guess is that Klinsmann never forgave Donovan for taking his sabbatical. Never-mind that the time off probably saved Donovan’s career and in return, Donovan almost single-handedly won Klinsmann his only piece of silverware as a coach, the 2013 Gold Cup.

The signs were there. And while both Klinsmann and Donovan knew that Donovan might not make the final squad, his teammates seemed to think it was a ridiculous notion.

Tim Howard called Donovan “one of our best one or two players” on Monday.

So what are the likes of Howard, Clint Dempsey and Michael Bradley thinking today as they watch Donovan pack his bags as Green watches?

Let’s just say I wouldn’t want to be the guy wearing Donovan’s #10 at the World Cup.

The squad will feel empty without Donovan. He’s an unquestioned leader – humble, vastly experienced, and incredibly accomplished. His dismissal has to be devastating for his team too.

This should have been Donovan’s swan song, his fourth World Cup. Instead, it’s the end of his international career.

Klinsmann isn’t afraid to be bold. He isn’t afraid to make an unpopular decision – talk to Oliver Kahn about 2006 – and he has often derided the way the US Soccer media holds Donovan in an almost sainted regard.

I’m not sure how Klinsmann thinks he’s going to play in Brazil, but the US’ counter-attacking game has always been its biggest offensive weapon, and Donovan is still one of the best counter-attacking players in the world.

I’m not sure who starts where Donovan should have started in midfield. I’m not sure it matters.

Klinsmann acknowledged how difficult a decision leaving Donovan out was, calling it, “the toughest decision in my coaching career,” but his claim that he sees other players ahead of Donovan is just lunacy.

Here’s more lunacy: Somehow Donovan is one of the best 30 US players, but not one of the best 23. Even if you didn’t think Donovan would start, his ability to impact a big game off the bench is obvious.

Donovan is clutch. He’s been at his best in World Cups. He’s been at the heart of every good US World Cup moment since 1994, the beginning of the modern era of US Soccer. He’s been an incredible servant to his country, and ambassador for the game.

And he just got cut for Brad Davis.

Remember Carlos Bocanegra? His international career ended in very much the same way.

The man they called “Captain America” was dropped out of the blue before the first game of the Hexagonal in San Pedro Sula against Honduras.

Klinsmann decided to go with two center backs who had never played together before. The disorganized US were soundly beat. Bocanegra never played for the national team again.

Now Klinsmann has picked a team with only five players who have played previously in the World Cup. The US used to have eight World Cup goals on their roster. Now they have three.

Klinsmann has said that if his team loses all three games in Brazil, he probably gets fired. So what is he messing around for?

Form is temporary. Class is permanent. Donovan didn’t earn his place on this World Cup roster?

Like Timmy Chandler did. Chandler has turned down call-ups in the past. He hasn’t played for the US for months. And he earned it? Julian Green – one cap, no goals, no games for Bayern II since March – earned it?

The truth is, Donovan earned his place ten times over. He was and is one of the best American players in the world. And the World Cup is way too big for a what-have-you-done-for-me-lately worldview.

Donovan handled his omission classily. We expect no less from him. But there’s no denying that this is where it all fell apart. Donovan’s exit is the beginning of the end. All that remains to be seen is how ugly the United States’ 2014 World Cup becomes.