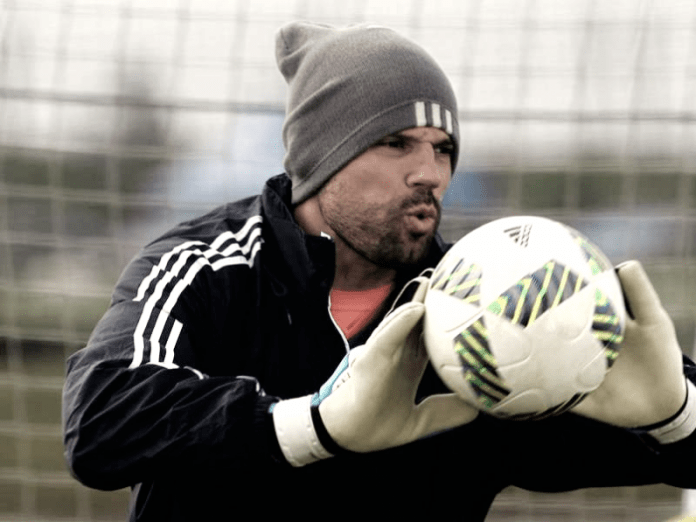 Eight years after his departure from Liverpool, Brazilian goalkeeper Diego Cavalieri has returned to the Premier League, joining Crystal Palace on a short-term deal, the East London club confirmed.

Cavalieri joins the Eagles until the end of the season! 🦅

The 35-year-old was a free agent, having left Brazilian side Fluminense in January, and will re-join manager Roy Hodgson whom he worked with at Liverpool. Cavalieri was signed as goalkeeper cover, with Julian Speroni’s knee injury leaving Wayne Hennessey unchallenged for a starting place.

After undergoing a successful trial, the experienced shot-stopper has been added to Palace’s 25-man Premier League squad and could face Manchester United on Monday. The Eagles are currently one place outside of the relegation zone after 28 games, with only five clubs having a worse defensive record.

Nevertheless, Cavalieri says he’s delighted to return to the Premier League and credited his new teammates for making him feel welcome. He said: “I am very happy to be here and have been training with the guys for some time now,”

“The atmosphere in the dressing room has been really good and they have received me very well so we can talk a lot and get to know everyone. I am very happy with this opportunity.”

The Brazilian international made 10 appearances for Liverpool between 2008-2010. It was Rafael Benitez who signed him from Palmeiras, but Hodgson replaced the Spaniard in charge in 2010, months before Cavalieri left to join Italian outfit AC Cesena.

He spent the majority of his career in Brazil, making over 220 appearances in all competitions for Fluminense while playing more than 40 games for Palmeiras.