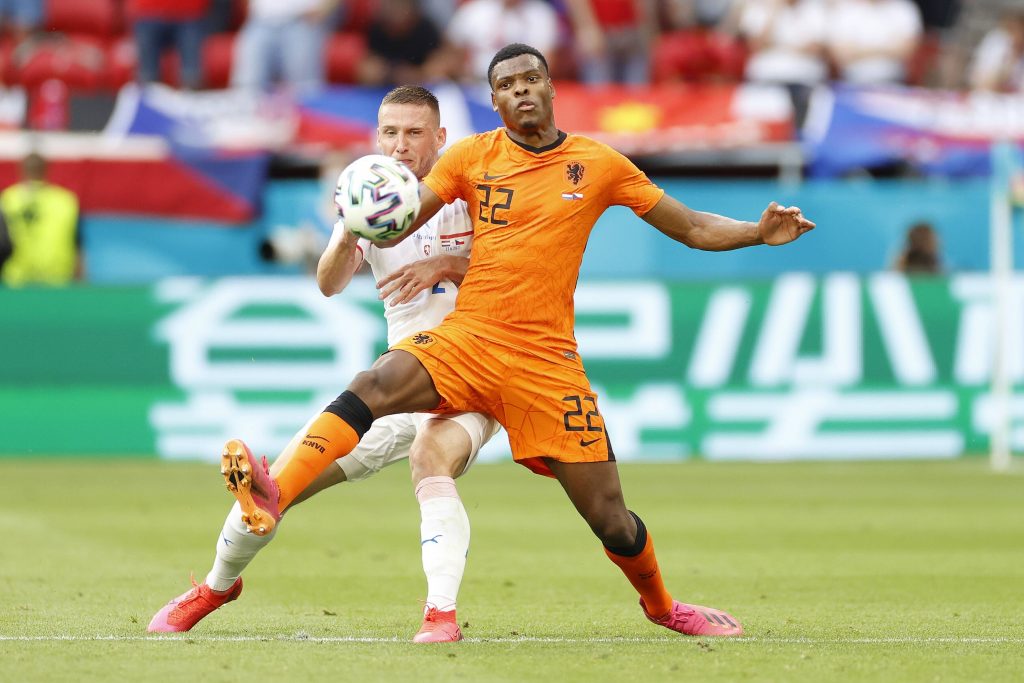 Denzel Dumfries will join Everton from PSV Eindhoven this summer after intense talks with the Merseyside outfit, according to a report from Sport Mediaset.

Right-back is an area where new Toffees manager Rafa Benitez wants to strengthen.

Seamus Coleman will be 33-years-old in October, and the Irishman doesn’t possess the pace he once did.

Dumfries has been persistently linked with a move to Goodison Park over the past few weeks.

And the Dutchman appears all set to make his move to Everton official.

Sport Mediaset claims that intense talks have taken place between PSV and the Toffees.

The outcome is that the Holland international will move to Merseyside this summer.

And what a signing Dumfries will be for Everton.

The 25-year-old really stood out for Holland during Euro 2020 despite their early exit from the tournament.

He also won an average of 2.5 aerial duels per match.

The Dutchman is a top-class right-back. He is an all-action defender with energy, stamina and athleticism in abundance.

The PSV ace is available for around €20 million (£16m), according to a report from Sempre Inter.

That would represent fantastic value for Everton and, according to Sport Mediaset, the deal is all but done.