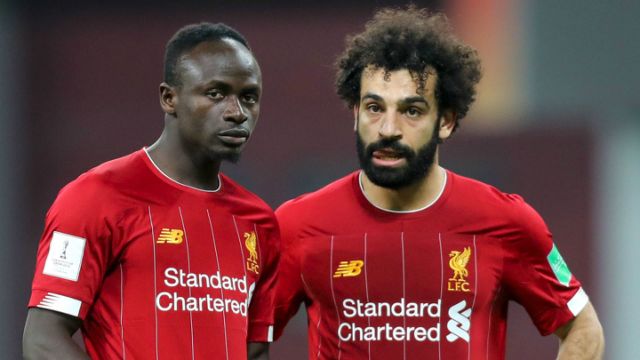 Former Liverpool defender Dejan Lovren has been confirmed that Sadio Mane and Mohamed Salah may not get along very well despite having contributed immensely to Liverpool’s success in recent years. Lovren has extensively played with the duo after recently bringing his six-year spell at Liverpool to an end.

Salah came to Liverpool in 2017 while Mane joined the club shortly after. The arrival of Roberto Firmino completed the construction of a deadly strike-force.

Mane has come up with 48 goals and 17 assists in the last two seasons at Liverpool, while Mohamed Salah has been able to get a slender advantage after scoring 50 goals and creating 25.

According to the Mirror, Lovren said:

“I see it [rivalry] in a different way. It is good to have competition between players. It is normal, Salah wants to score more than Mane, and this is football.

“If both players are in good form, then it serves the team well and that’s the most important thing.

“When Salah doesn’t score in a game, he doesn’t blame Mane for not scoring. Instead, he focuses on his mistakes to improve for the next game.”

There have been rumours and visible signs about Mane and Salah not having the best relationship on the pitch. It was widely evident during the game against Burnley back in August when Salah refused to pass to Mane and the incident almost led to a confrontation between the two. There have been other cases of flare-ups between the two.

However, Liverpool’s success on the pitch has led to the situation being brushed aside – even by the two players. The highly competitive nature of this current Liverpool team may continue to suppress the situation from getting out of hand.