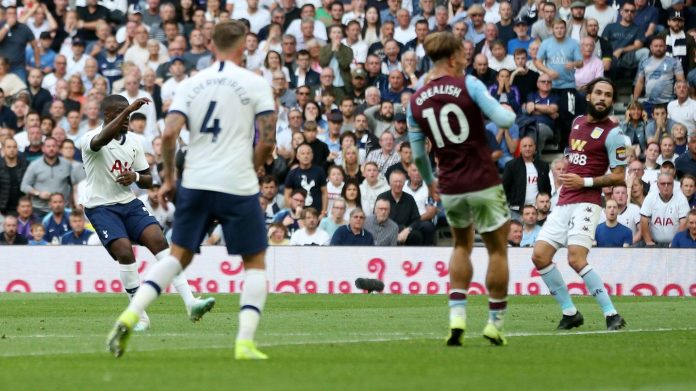 Speaking to talkSport, the West Ham defensive midfielder revealed that he is looking forward to playing against the Frenchman.

He added that Ndombele is a top player.

“I’m really looking forward to playing against Ndombele,” Rice told talkSPORT. “I watched him in the Champions League last season and he looked like a top, top player.

The Spurs midfielder scored a vital goal on his debut against Aston Villa and he will be delighted with his start to life in England.

He will be hoping to build on it and make a significant impact on the Spurs side this season.

Ndombele was clever in possession and he was adventurous throughout. The fans will no doubt be excited with what they have seen from him so far.

Once he adapts to the league completely, he could develop into one of Premier League’s best players.

The former Lyon ace showed glimpses of his frightening potential against Aston Villa.

Without his goal, Spurs would have struggled to get the three points. He brought them back on level terms and gave them the confidence to push on for a winner late on.