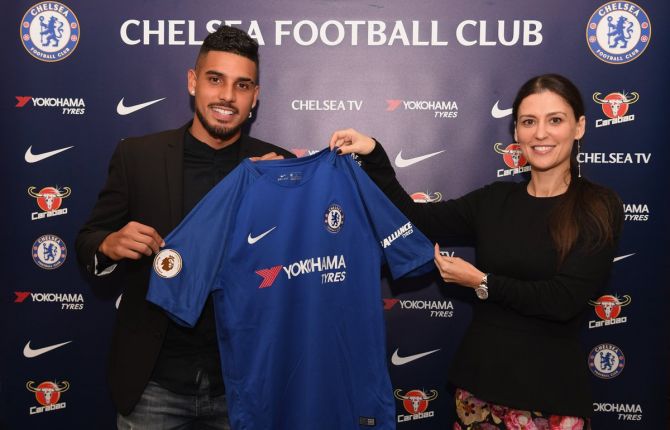 The 23-year-old has signed a four-and-a-half-year contract at Stamford Bridge.

“I came here because it’s a great team with a great history,” he told the club’s official website.

“Today I am realising one of my dreams to pull on the shirt of such a great club.

“English football is something I have been watching since I was 15-years-old.

“It is a really beautiful game over here but it is going to be even more beautiful to play it.”

Palmieri missed the start of the campaign with a cruciate ligament injury, and he has made just one substitute appearance in Serie A since recovering from that setback.

A product of Santos’ junior system, Palmieri made his senior debut in June 2012.

He was loaned to to Serie A’s Palermo in August 2014, before switching to Roma on loan the following year.

Palmieri made his debut for the club during October in a 4–2 away win against his former side.

His loan was extended for a further season in July 2016 and he completed a permanent move for €2 million towards the end of the year.