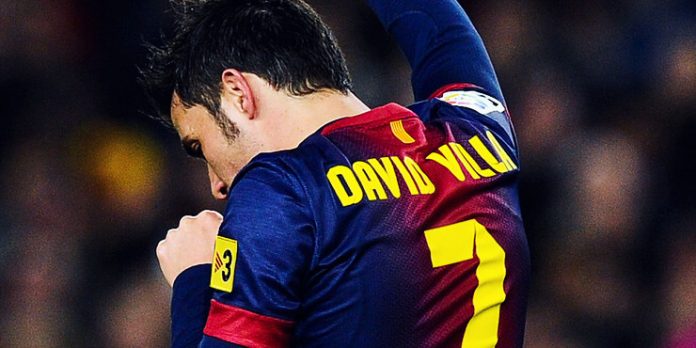 Axel Torres, a Spanish football expert, has claimed Barcelona striker David Villa has reached a pre-contract agreement with Arsenal ahead of a summer move.

The future of the Spanish international has been the subject of intense speculation ever since it emerged Barcelona were officially in the race to sign Neymar from Santos.

Now that deal has been confirmed, it could force Villa out of the Nou Camp with the Premier League an obvious destination.

Arsenal seem to be the front runners because if Torres’ quotes are accurate then it’s proof that the Gunners have already been talking to David Villa and have already worked out the basics of a deal. Axel Torres as said per gunnersphere.com:

“I’ve been told he’s showed a pre-contract with Arsenal to the board of Barcelona.

“He’s showed he had an agreement with Arsenal, but it’s not the final agreement – He doesn’t want to be a Barcelona player.”

One of the areas Arsenal are looking to make a signing this summer is in attack, which would then give them a core of four squad strikers including Theo Walcott, Lukas Podolski and Olivier Giroud.

The main motive behind David Villa’s desire to leave seems to be two pronged.

Firstly, he doesn’t seem to have the support of the big and higher profile individuals at the club, because he doesn’t have deep Catalan roots.

Secondly, he seems intent on a move because he needs to be playing regular football over the course of next season to feature prominently at the World Cup next summer for Spain.

David Villa made only 27 appearances in La Liga last season and started in only 16 of those appearances. He didn’t make it to double figures in terms of league goals with just nine and also provided only six assists throughout the season.

If he stays at Barcelona then he will find himself automatically behind Lionel Messi and Neymar in the pecking order, which will only cause his frustration to grow even further.

Axel Torres has suggested that David Villa is using the pre-contract agreement with Arsenal as proof that he no longer desires to be at the club. If that is the case then he’s playing a dangerous game because if an official deal with the Gunners falls through, he’s effectively making his position with the Spanish club untenable over the long term.

This news won’t alter plans other sides have to try and sign him because it’s not official. Any other side interested in him can still bring an official bid to the table and work out a deal with Barcelona to sign him ahead of the new season.