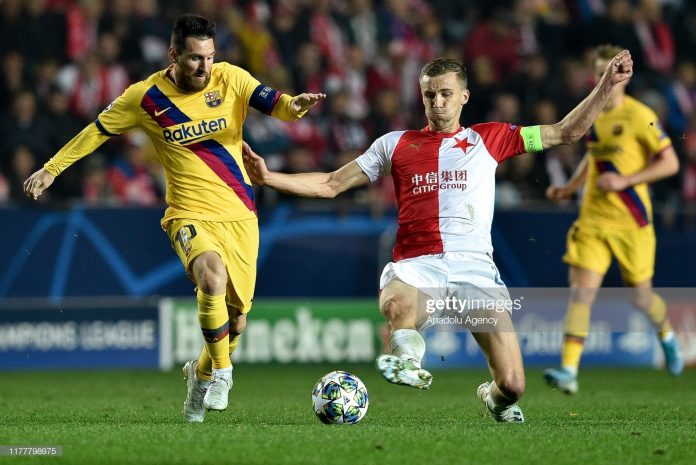 West Ham United are close to landing their second signing of the January transfer window.

The Hammers boss David Moyes has confirmed in the press conference today that Czech Republic midfielder Tomas Soucek is currently undergoing his medical ahead of his move to West Ham.

The Slavia Prague midfielder will initially join on loan ahead of a permanent move in the summer for around £17 million.

The Evening Standard have reported today that the midfielder has been given permission to travel to London for a medical. He is expected to finalise his move today.

Moyes has insisted that Soucek is the type of player who fits the club profile. He was looking to sign an experienced midfielder this month, and feels the 25-times capped international will fit the bill nicely.

The Hammers are battling for relegation, and Moyes is desperate for reinforcements to make an immediate impact.

West Ham are reportedly trying to offload midfielder Carlos Sanchez who was very poor during their FA Cup 1-0 defeat against West Brom.