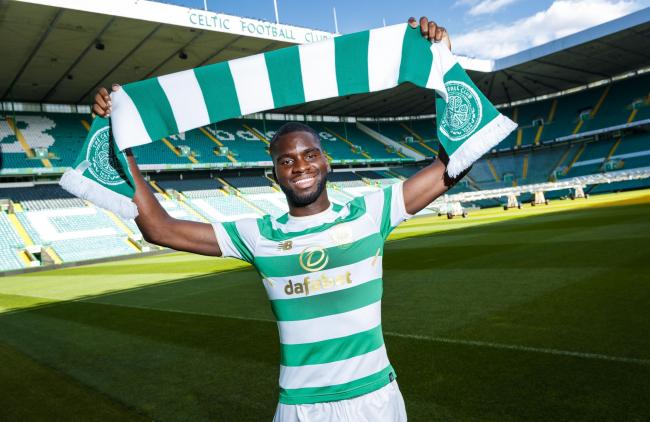 David Hay has suggested that Celtic should sign Odsonne Edouard on a permanent deal from Paris Saint-Germain in the summer transfer window.

Edouard joined Celtic on a season long loan from PSG last summer, and has done well for the Scottish champions.

According to a report from the Daily Mail, Celtic need to pay £7 million to sign Edouard permanently from the Ligue 1 outfit.

And Hay, former Celtic player and manager, believes that the Bhoys must dish out the amount to sign the exciting 20-year-old.

He previously suggested that Celtic should wait till the end of the campaign before deciding on Edouard’s future. However, he seems to have changed his mind following the youngster’s recent impressive performances.

In a star studded Celtic squad, Edouard doesn’t find a regular starting place, but he has shown his quality whenever he has been called upon.

He scored the winner in the recent Old Firm derby that Celtic won 3-2 against Rangers at the Ibrox stadium.

The forward has scored six goals and provided two assists in 16 Scottish Premiership matches for Celtic this season, and it remains to be seen whether the Bhoys splash out the money for him or arrange a loan period for him for next season.

“I wasn’t entirely sure about Edouard but in recent weeks I think we have seen that he has got something about him,” said Hay to the Evening Times.

“I thought he took his goal very well but even his temperament in an environment and encounter like that would auger well, particularly given his age and relative inexperience.

“And while we still look at £7m and think it is a helluva lot of money the bottom line is that strikers don’t come cheaply. If you have already had the boy in for a full season and have had a chance to look at him and work with him then you will have an indication of what you believe his potential is – and we all know that Brendan Rodgers as a coach enjoys that element.

“As I have said often enough he is the guy who works with the players day in and day out and there is no question then that you see things that not everyone is privy to. He will be well placed to make the call but for me I think it would be a good buy this summer.”