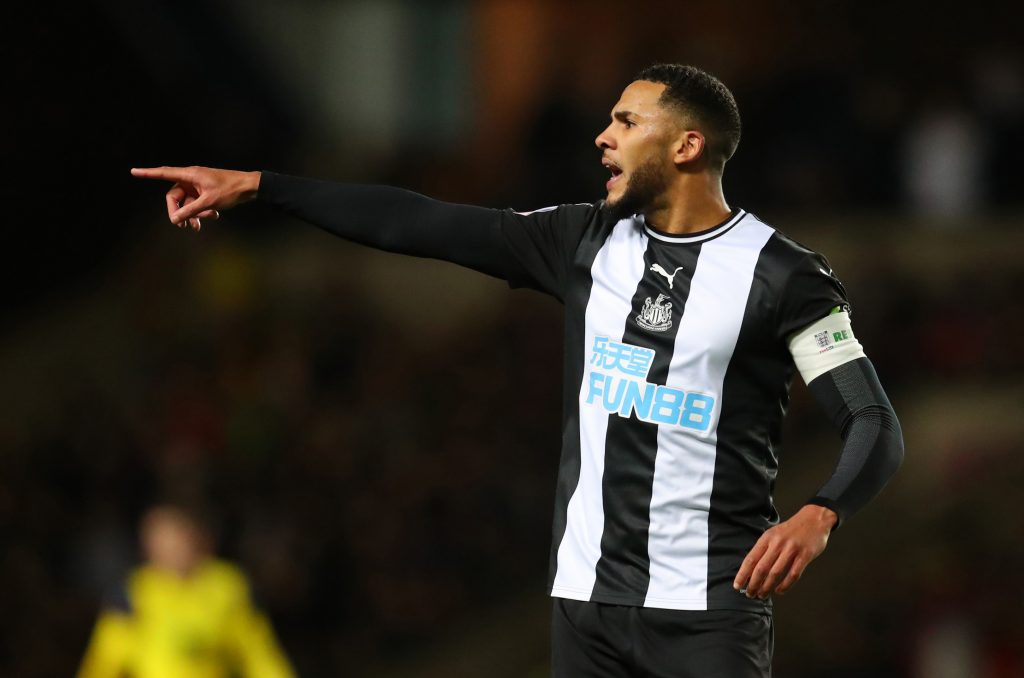 Former Premier League striker Darren Bent has hit out at Jamaal Lascelles for not managing to earn an England cap yet.

The pundit believes that Lascelles has failed to live up to the expectations over the years. Despite having the physical prowess to succeed in English football, he hasn’t quite fulfilled his potential.

Bent said (cited by Chronicle): “He’s a funny one Lascelles. For someone who’s been captain of Newcastle for a long time now, you think to yourself he’s captain at a big club like Newcastle, he needs to have a look at what’s going on. With that physical frame, he should have been at least capped once for England or been spoken about. The fact that he’s not, he needs to have a look at himself, this is too frequent with him. For someone of that physical prowess and that big, powerful presence, to be captain of Newcastle United Football Club, for him to not even be in that conversation, he maybe needs to go something’s not quite right here.”

The 26-year-old Newcastle defender hasn’t been at his best for a while now. During his time in the Championship, he was highly rated around England.

He was expected to develop into a top-quality Premier League centre back. However, his development has stalled.

At one point, Lascelles was being linked with the top English clubs as well.

It will be interesting to see if he can turn it around in the coming months. He will have to improve a lot in order to break into the England setup.

Furthermore, he needs to deliver for Newcastle United as well. If he continues to underperform, Bruce might just look for a long term replacement.

The likes of Schar have comfortably outperformed him in the last few months.

There is no doubt that the 26-year-old has the talent to shine for England. Lascelles should look to work hard and silence his critics now.