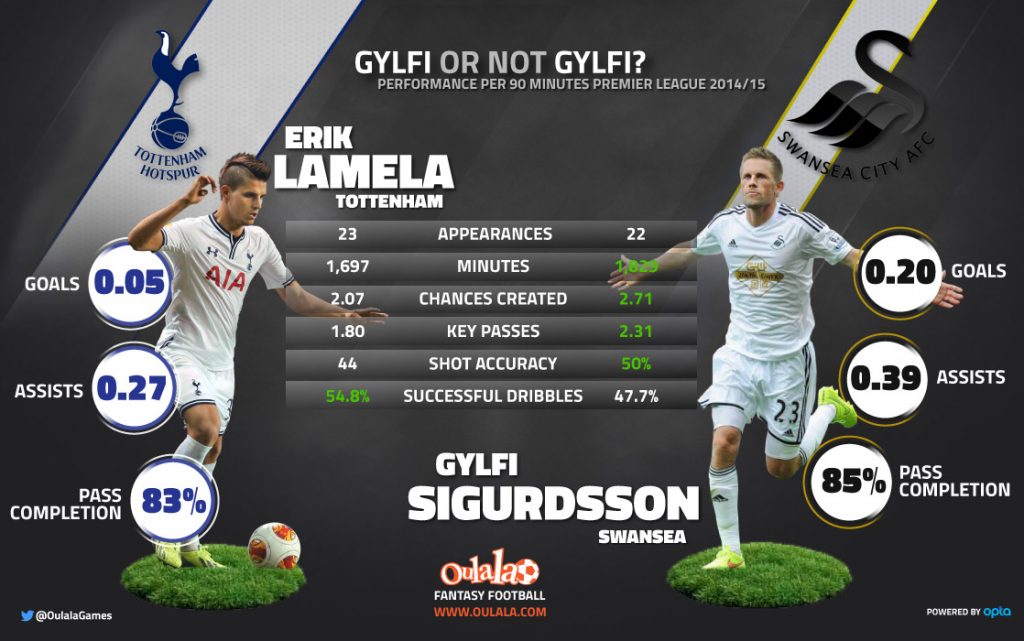 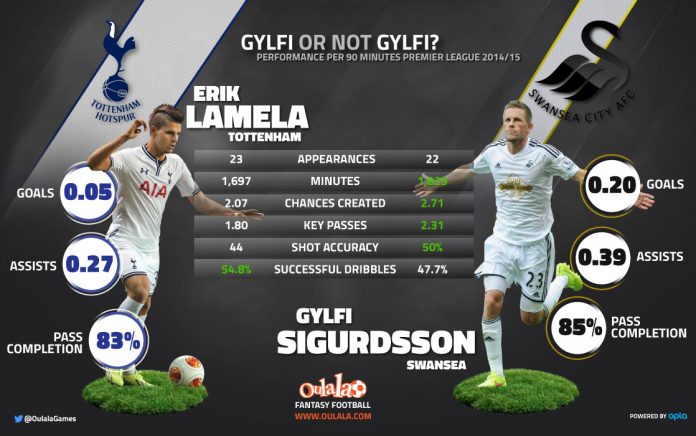 In August 2013, Tottenham completed the signing of Erik Lamela from Italian side AS Roma for a club record £30m fee. His debut season for Spurs saw just 17 appearances in all competitions as the Argentine failed to live up to the big price-tag.

After two seasons at the club since joining in 2012 and with few chances in the first team, Tottenham allowed Gylfi Sigurdsson move to Swansea City in an exchange deal for left-back Ben Davies, each player’s valuation believed to be approximately £10m.

Jump forward seven months and Lamela, who celebrates his 23rd birthday today, continues to struggle at Tottenham while Sigurdsson has enjoyed an excellent return to his former club. With a big gulf in valuations and performances are Spurs and Daniel Levy guilty of two major transfer blunders when they brought in Lamela and allowed Sigurdsson to leave? Opta-powered European fantasy football game Oulala checked out the stats of both players this season as Sigurdsson returns to his former club tonight.

On studying the data it is very clear which player is outperforming the other this season. With a better strike-rate per 90 minutes in the Premier League (0.20 to 0.05) and a higher shot accuracy (50% to 44%) it is the Swansea man that leads the way for finishing.

The 25-year-old also leads Lamela for pass completion with 85% of all passes made successful to the Argentine’s 83%, The Spurs player does however peg Sigurdsson back for dribbles with 54.7% of his attempted take-ons successful to the Icelander’s 47.7%.

Of the seven key criteria studied it is Gylfi Sigurdsson that leads for six. Daniel Levy is considered one of the best in the business when it comes to transfers, however is he guilty of making a huge error here?