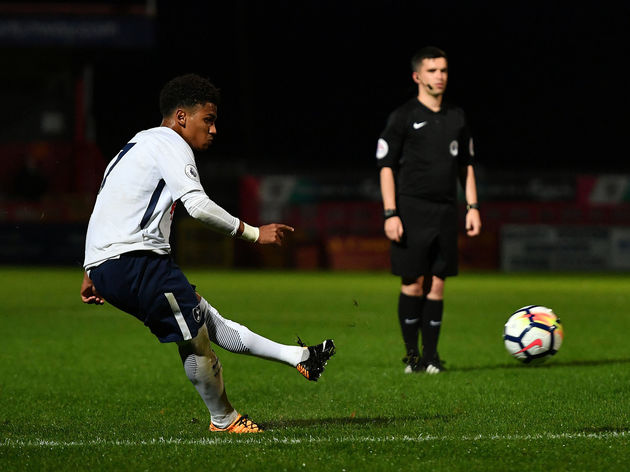 Norwich City manager Daniel Farke has hinted that Tottenham Hotspur loanee Marcus Edwards is in the mix to face Reading.

The highly talented 19-year-old was loaned out to the Canaries during the January transfer window so that he can get first team football.

However, there has been a worrying lack of progress during his loan spell. He was initially injured, and has struggled to make an appearance since returning to full training.

Although he is yet to play for Norwich, Edwards has been named in Keith Downing’s squad for games against Poland and Portugal during the upcoming international break.

Ahead of Norwich’s Championship clash against Reading Farke has said that Edwards is available for selection and that he can be involved.

The 41-year-old added that the Spurs attacking midfielder has improved a lot in recent weeks but he still needs to work hard on the training ground.

Edwards is regarded as one of Tottenham’s top talents, but Mauricio Pochettino has criticised his attitude.

Farke believes that playing for the England U21 team will help the player in not only getting game time but also in building his self confidence.

“He is available, he has all the chances, we bring him to the door, he has to go through,” Norwich boss Daniel Farke said, as quoted by the Norwich Evening News.

“As I’ve mentioned before, he is much improved in general, there is still a bit of a way to go with his work against the ball and a real high will to work on the training pitch but I think he improved a lot.

“I think this two weeks will help him as well and the time with the national team will help him with game time and also his self-confidence. He is not far away and pretty soon he can be involved.”