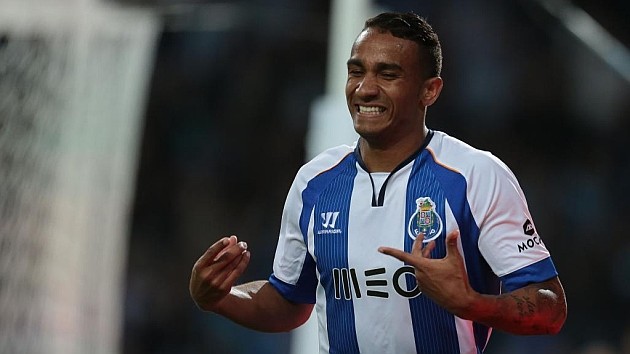 Two main stories in the media have caught my attention this morning, with one star player on the move and another potentially hankering for a new club also.

As Real Madrid have confirmed the acquisition of Porto and Brazil right-back Danilo, I can’t help but think that Manchester United have missed out on a player that would have been an ideal addition.

Meanwhile, Raheem Sterling’s contract saga continues, while the England international’s interview with the BBC will surely have Liverpool’s fans panicking as the young star threatens to ostracise himself at Anfield.

Danilo to Madrid, but why weren’t United in for him?

After a reported tug-of-war between Spanish superpowers Real Madrid and Barcelona, the current European champions have won the race to sign highly-rated Porto star Danilo.

A fee of £23 million will see the Brazilian full-back move to the Estadio Santiago Bernabeu next season, where he has signed a six-year contract.

As such, Carlo Ancelotti’s men look to have landed a player capable of emulating some of the great attacking Brazilian full-backs of recent times and bolstering a key position in their defence.

Current incumbent Dani Carvajal was an unheralded member of the Los Blancos team that were crowned European champions last season and is a solid international-quality option – but he does not have the superstar status in fitting with Madrid’s Galactico policy.

Danilo on the other hand has the ability on the ball, pace, trickery and delivery to be another real star in the Spanish capital and looks like the type of attacking-minded player that will fit in well at Madrid.

Although Barcelona will be frustrated at losing out on a potential long-term replacement for the ex-Santos man’s compatriot Dani Alves, why Manchester United were not in to sign Danilo is baffling.

The South American full-back has proven his ability for club and country, and with right-back a specific area of need for Louis van Gaal’s men, the Brazilian would have been an exciting addition at Old Trafford.

The South American’s attacking instincts would fit in well at right wing-back if the Dutch coach wanted to deploy a three-man central defence, while he also is an upgrade on Antonio Valencia in a back four.

With United linked with the likes of Nathaniel Clyne and Dani Alves, just why they did not make more of an effort to sign Danilo is questionable.

Is Raheem angling for an Anfield exit?

The logic behind Raheem Sterling’s latest interview is unclear, with the England international revealing that he is flattered by Arsenal’s reported interest and confirming that he has turned down a £100,000-a-week contract from Liverpool.

Although he states that he does not want to come across as money-hungry, his words and reluctance to commit to the Anfield outfit have the potential for him to be perceived as exactly that.

Reds fans will start to envisage a Fernando Torres, Luis Suarez type of situation, where a top player is lured to a leading domestic or European rival.

My take on Sterling’s words is that he is waiting to see where Liverpool finish this season before making a decision on his future.

Brendan Rodgers’ men have a job on their hands to secure a top-four place after defeat to Manchester United last time out, with the 20-year-old clearly eyeing Champions League football.

Despite Sterling’s reticence to extend his Merseyside stay, with a contract up until 2017 the Reds are still in a position of power.

However, like many other teams before them, Liverpool could well face a losing battle to hold onto their prize asset if they fail to qualify for Europe’s top competition.

The best players want to play in the Champions League, which can be understood.

That said, the timing and nature of Sterling’s comments do him no favours with the Liverpool supporters – especially given that the Reds face his flattering suitors Arsenal this Saturday.