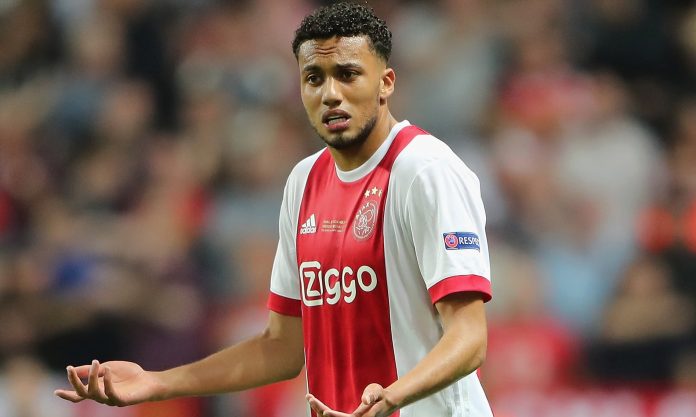 Premier League outfit Crystal Palace are looking to improve their defence ahead of the new season and Frank de Boer has already agreed on a deal to sign the highly talented Ajax defender Jairo Riedewald.

The versatile defender can operate as a left back, a defensive midfielder, as well as a centre back. Riedewald will add some much-needed depth to the Eagles’ back four.

According to Guardian, Palace will pay around £7.9m for the 20-year-old defender. Frank de Boer has worked with the player during his time at Ajax and the new Palace boss is well aware of the player’s qualities.

Initially, the Eagles were linked with the Liverpool defender Mamadou Sakho, but they have been forced to look elsewhere because of the steep asking price. The Reds are looking to recoup at least £30m for the French centre back. Sakho was outstanding for Palace (on loan) last season.

As per Guardian, the Riedewald transfer should be confirmed later today.

In other news, the Eagles are also looking to sign the Arsenal defender Calum Chambers.

The English defender has failed to impress Wenger so far and was loaned out to Middlesbrough last season. According to Telegraph, the Gunners are open to selling their squad players this summer.

The report adds that Palace have already submitted a £16m bid for the former Southampton defender.

The 22-year-old is also a versatile defender who can operate as a right back as well as the centre back. It seems de Boer is keen on adding players who can play multiple positions. Furthermore, most of his targets are quite young which shows that he is looking to build for the future.

It will be interesting to see if the Gunners accept Palace’s bid for Chambers now. At this stage of his career, the player needs to play regularly and that is not possible at Emirates. A move away makes sense for all parties involved.