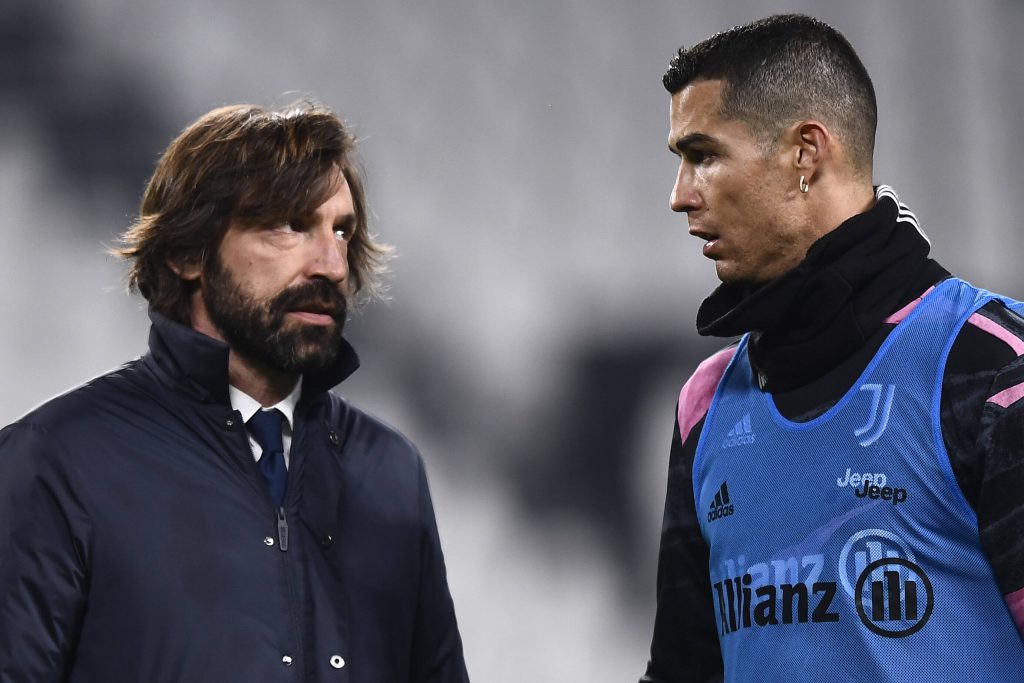 According to Sky Sports (via DAZN), Andrea Pirlo and Cristiano Ronaldo will remain at Juventus, as stated by the club’s vice-president Pavel Nedved.

Despite Juventus’ Champions League last-16 elimination at the hands of Porto and Sunday’s shock Serie A defeat to relegation-threatened Benevento, Pirlo is expected to remain in the dugout next season.

Ronaldo was heavily criticised following his performances across both Champions League last-16 legs and has been linked with a move away from Turin.

However, speaking to DAZN, Nedved addressed the future of Juve’s manager and their star player.

He said: “Pirlo is and will be the coach of Juventus, that’s 100 percent certain. We committed to a project knowing there will be difficulties. We wanted to do better than this and haven’t managed to, but difficulties were predicted.

“We are very calm. We’re on the path that we wanted, which we will stay on. He has everything to become a great coach.”

On Ronaldo’s future, Nedved added: “For me, Cristiano can’t be touched. He has a contract until June 30 2022, and he will stay. We’ll see what happens after that.”

Juventus ensuring Ronaldo remains in Turin is vital for the club’s response next year, after a disappointing 2020/21 campaign.

Despite the Old Lady sitting third in the Serie A standings, ten points adrift of league leaders Inter Milan, the five-time Ballon d’Or winner has had a typically lethal season in front of goal.

The former Real Madrid and Manchester United man sits top of the Serie A goalscoring charts, with 23 goals in 24 appearances, whilst also boasting the most headed goals scored in the league.

Although Ronaldo was unable to inspire Juventus to Champions League glory this year, the Portuguese star still notched four goals in six appearances and has proven in previous campaigns that he can deliver on the big stage when it matters most.

His hat-trick overturning a 2-0 first-leg deficit to Atlético Madrid in the last-16 of the 2018/19 Champions League season particularly springs to mind.

Since Ronaldo’s move to Italy, the quarter-finals are as far as the Old Lady have reached in the competition.

However, despite crashing out to Ajax in the 2018/19 season and Lyon in 2019/20, both ties underlined that Ronaldo was predominately fighting a one-man battle, with little inspiration around him.

Federico Chiesa has been a silver lining for Juventus this season, with the 23-year-old scoring three goals during the last-16 tie against Porto.

There is no doubt that Ronaldo remains Juve’s star player and will be vital in their pursuit of Champions League glory next year, but smart recruitment is required in the summer transfer window to ease the weight on his shoulders.

When Juventus announced that Pirlo would be replacing Maurizio Sarri as manager of the club before the 2020/21 season, a few eyebrows were raised.

The former World Cup and two-time Champions League winner had only been appointed as the under-23 coach a week earlier and entered the role with no prior managerial experience.

With the way results have fared for the Old lady this season, his lack of experience has been telling.

It is looking increasingly likely that Juventus will be surrendering their nine-year reign as Serie A champions, with the club now having to attempt to overhaul Inter’s 10 point lead.

Their quest for Champions League glory will also continue into next season.

May’s Coppa Italia final against Atalanta will prove crucial for Pirlo, with it posing as a vital chance to add silverware to an otherwise underwhelming season.

Sarri was shown the door by the Juventus hierarchy despite winning the Serie A. His man-management of players frequently caused issues in the dressing room, but Pirlo’s relationship with his players remains strong, and it is clear they stand by him.

Coppa Italia success and a strong finish in Serie A will be vital for Pirlo to reassure the Juventus hierarchy that their support is justified.