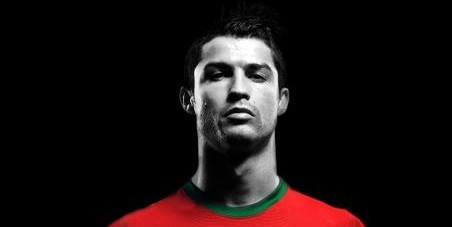 Cristiano Ronaldo recieved a shoulder injury in the El Clasico last week but he is said to have recovered and will be available for selection on international duty.

Portugal host Northern Ireland later today and if CR plays, it will be his 100th international cap in the national football team. It will also make him the second youngest European of all time to make 100 appearances for his country; behind Germany’s Lukas Podolski.

With 14 goals in 11 Real Madrid fixtures this season, people say that he is in the form of his life but his overall record for the Galacticos is just as good: 160 goals in 155 matches played.

With his current club, he has won a La Liga and Supercopa double last season and a Copa del Rey in 2011. He was, however, crowned the Ballon d’Or and the FIFA World Player of the Year in 2008 – he was at Manchester United at the time.

On the international level, Cristiano’s career has been eluded by silverware. Even his goalscoring record is much less prolific – from over a goal a game at club level to just 37 goals in 99 games at the internatonal level.

It all began with Euro 2004, where even being the host was not enough for them to see through Greece in the final. The latest disappointment came in the worse passion when Cristiano Ronaldo was left with his hands on his hips, unable to take a penalty as Portugal exited the competition in a shootout against Spain.

A win against Northern Ireland in the Portuguese captain’s 100th appearance for his country will just be a step towards Rio 2014.

More importantly, he is way ahead of his Barcelona rival Lionel Messi – who trails behind with 38.5 million fans, gaining around 20,000 new fans a day.

The final verdict is still not out whether Ronaldo is better than Messi or not but Ronaldo is definitely more popular.