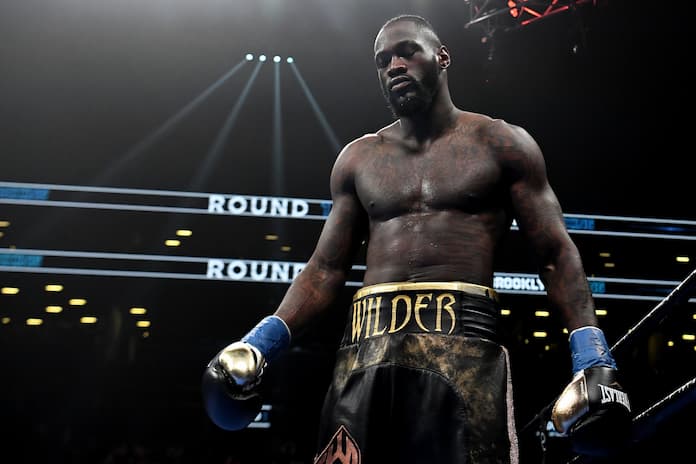 Deontay Wilder returns to the ring this Saturday night in New York as he faces Robert Helenius in his first fight in over a year. Provided ‘The Bronze Bomber’ gets the job done on October 15th, he has revealed that he wants to fight Britain’s golden boy, Anthony Joshua, in Africa.

Whether or not this fight will ever happen, or whether it could take place next year in Africa, Wilder is adamant a fight with ‘AJ’ is one of the biggest fights in the world. Lets hope the fight does happen in the future, that is for sure.

After a year out of the ring since losing for the second time to Tyson Fury in their trilogy bout, Deontay Wilder returns to action this Saturday night against Robert Helenius. Wilder is regarded as one of the best heavyweights in the world right now, and perhaps one of the hardest punchers in boxing history.

The fight goes down at the Barclays Center this Saturday night, which had been a happy hunting ground in the past for the ‘Bronze Bomber’. Wilder has knocked out the likes of Luis Ortiz, Artur Szpilka, Bermane Stiverne and Dominic Breazeale in the ring at this venue.

Provided Wilder gets the job done on October 15th, a potential fight with Britain’s Anthony Joshua is still arguably the biggest fight in the heavyweight division outside of the champions.

In a recent interview with BBC Sport, Wilder revealed that the Joshua fight is still the biggest one out there and the one fight he wants. The 36-year-old has insisted that the fight can be made in the future, and that Africa is the perfect location for a fight of the magnitude of Wilder vs Joshua.

“I would love to do that fight in Africa. It’s still the number one fight in the world for everyone. Everywhere I go, people always talk about me versus Joshua,” Wilder told BBC Sport.

There have been some incredible fights in Africa in the past. The most famous fight of course was the ‘Rumble In The Jungle’ in Kinshasa in 1974 between Muhammad Ali and George Foreman.

“We both have roots from there [Africa]. I think it would be an amazing place to have it, to go back home. To go back to the motherland. A continent full of our people.

I can just see that being an amazing fight, win, lose or draw. I think we’ll get the respect and love from all the people over there.”

Of course, Wilder’s immediate attention lies on Saturday’s fight with ‘The Nordic Nightmare’, but the thought of a fight between Wilder and Joshua, potentially next year, most certainly wets the appetite.