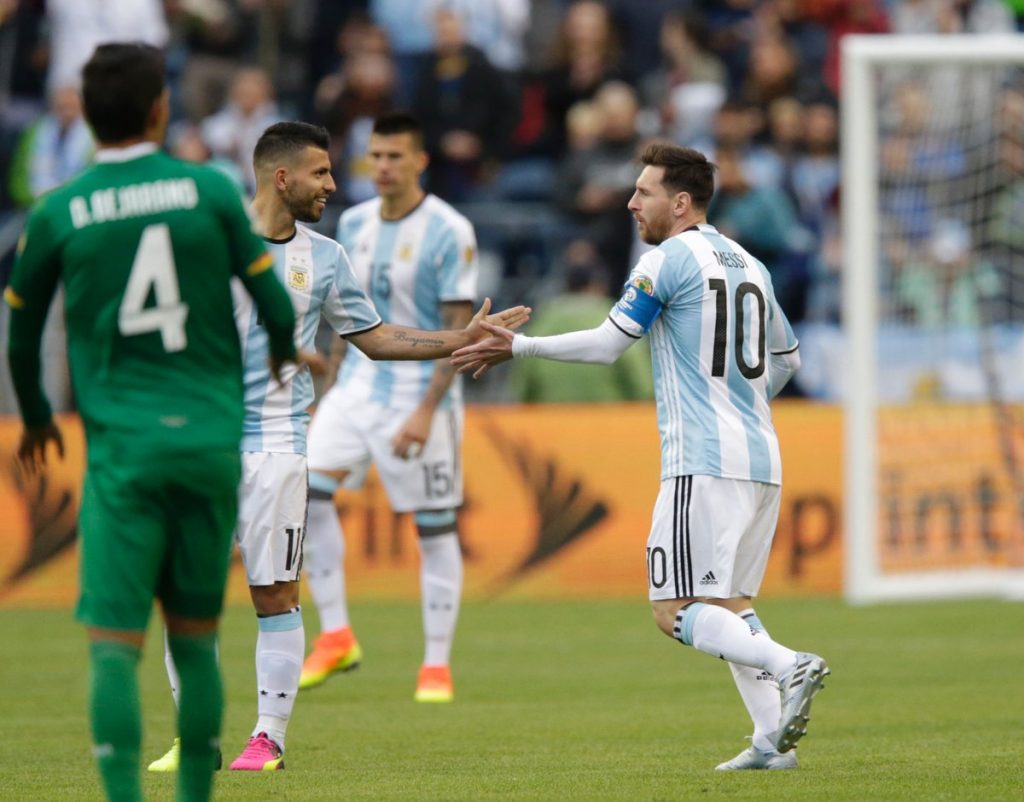 As expected, Argentina and Chile have progressed to the quarterfinals from Group D. After losing the opening game against Argentina, Chile came back strongly to win their remaining two matches to book their place in the round of eight.

Gerardo Martino’s side produced a masterclass performance as Argentina brushed aside Bolivia 3-0 to move to the top of group D.

All the three goals came in the first half while they simply retained possession and toyed with their opponent in the second, which seemed a mere training exercise for La Albiceleste.

Tottenham Hotspur’s Erik Lamela opened the scoring in the 13th minute when his free kick went in after taking a deflection off Yasmani Duk in the wall.

Moments later, Argentina made it 2-0, when Ezequiel Lavezzi scored from close range, after Gonzalo Higuain’s header was parried away by the goalie.

Argentina kept applying pressure and got their third goal when Lavezzi’s cross-shot was diverted in by Cuesta, who scored his first international goal.

Argentina enjoyed 82% of possession and completed 757 passes compared to Bolivia’s 61. They will face Venezuela in the quarterfinal in Foxborough.

Eduardo Vargas and Alexis Sanchez, both scored twice, as defending champions Chile move into the quarterfinals, following their 4-2 win over Panama. Read the match report, here.

Following a humiliating elimination from the group stages, Brazil coach Dunga has been relieved of his duties, as confirmed by the Brazilian Football Confederation.

Brazil opened their Copa journey with a 0-0 draw with Ecuador, followed by an impressive 7-1 win over Haiti and needed only a point to progress to the knockout rounds, but instead crashed out of the tournament after controversially losing 1-0 to Peru.