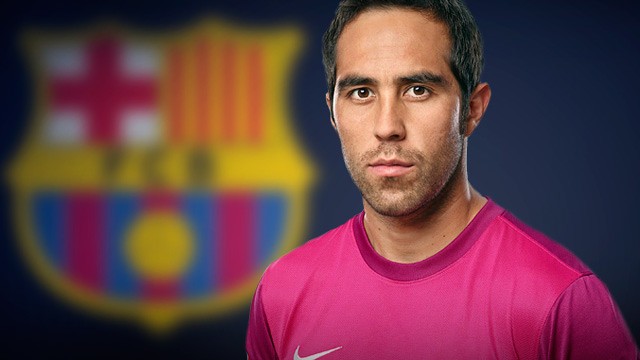 Pep Guardiola dropped England’s #1 Joe Hart from his starting XI in Manchester City’s 2-1 victory over Sunderland in the Premier League on Saturday at the Etihad Stadium.

The second choice Willy Caballero was preferred to the England goalkeeper as Guardiola feels Hart doesn’t fit in with the style he wants to implement at City.

Pep loves goalkeeper who are capable of a “good build-up play” and comfortable with the ball at his feet, something Hart needs to adapt under his news manager.

The Spaniard, however, gave no indication that Hart could be sold. Rather, he says he could change the set up for Tuesday’s qualifier at Steaua Bucharest.

Spanish press, however, believes that Hart’s future at City is as good as over.

According to Mundo Deportivo (newspaper edition), Guardiola is interested in signing German goalkeeper Marc-Andre ter Stegen, but Barcelona will demand a massive transfer fee around €80m.

City won’t pay that amount. As a result, Guardiola has shifted his attention towards signing Ter Stegen’s club teammate Claudio Bravo instead. He has a €42m release clause stipulated in his contract, but City are confident of getting him around €20-25m.

The Chilean joined Barcelona in 2014 and has made 69 La Liga appearances for the Blaugrana.

Premier League Manchester United were also equally interested in signing the Chile international and the Red Devils reportedly considered him as one of top their summer targets.

United didn’t make any formal offer to the player or to Barcelona, but they considered him as their prime summer target if they were to lose David de Gea to Real Madrid.

A source close to Bravo said “the deal with City is almost done” but will Guardiola pay €20-25m for a 33-year-old player? He can hardly be a long-term solution for City.