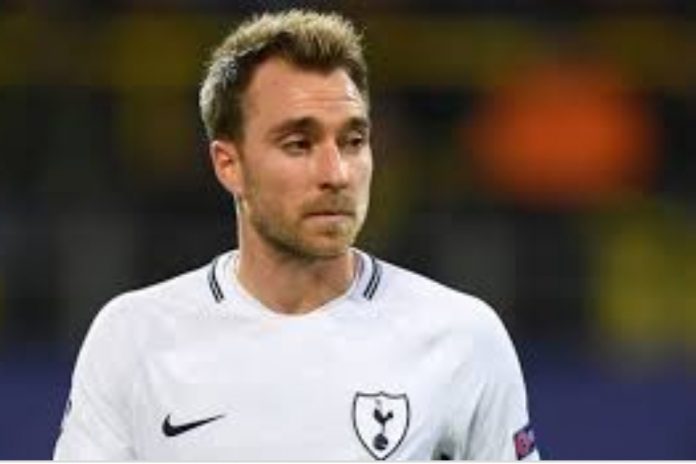 Christian Eriksen has reportedly spoken about his future amid interest from Real Madrid.

Eriksen was asked by Danish tv station TV3 Sport  (via Daily Express) about his contract situation. He replied:

“They know what I want. “I focus on playing football, and there are many battles you have to think about which must be won.”

Eriksen looks to be maintaining his focus, as Spurs compete on four fronts this season. The North London club are third in the Premier League and through to the last-16 in the Champions League.

In addition to that, they overcame Tranmere comfortably last Friday to advance in the FA Cup, and are one step away from the League Cup Final, holding a 1-0 lead over Chelsea after last night’s first-leg at Wembley.

The Danish attacking midfielder has been linked to a move to Real Madrid. The Daily Mail are claiming Tottenham chairman Daniel Levy has set the asking price at a mind-blowing £225m. It’s highly unlikely the European Champions would entertain paying a fee so high.

The former Ajax man has been in top form for Spurs this season. The 26-year-old has scored six goals from 26-appearances, adding nine assists.

Eriksen’s current deal expires in 18-months. With age on his side, the lure of Real Madrid could be too good to turn down. If he is to follow Luka Modric and Gareth Bale to the La Liga giants, Spurs would undoubtedly want a huge fee, albeit not the reported £225m, it would still be substantial.

However, an opportunity to stay at Tottenham would be appealing as well. The current set-up is the best Spurs fans have seen for many years, and their impending stadium move will help them compete further on a financial front.