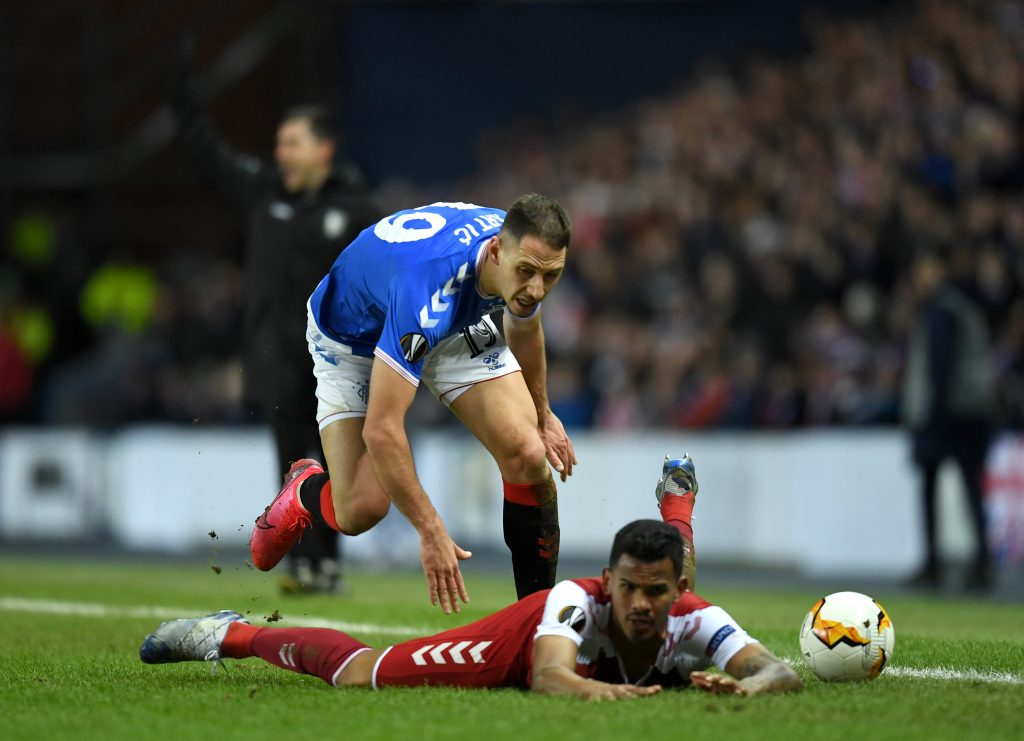 During the match, Rangers defender Katic’s mistake led to Callum Hendry’s opening goal and Gerrard was seen calling for Edmundson to warm up before a potential substitution. However, he decided to stick with the 23-year-old Croatian in the end.

After the game, Gerrard said that he did not follow through with an early substitution as it could ruin the player’s morale for a long time.

Despite having Katic’s back during the game, the Rangers boss made it clear that his defence let him down during his post-match presser.

He wrote on Twitter: “Pretty remarkable stuff this… didn’t want to take Katic off in the first half as it may have ruined him… but threw Katic under the bus after the game… which may ruin him anyway.”

It will be interesting to see how Katic reacts to the situation. He will know that he let his team down against St Johnstone.

He will be working hard to bounce back strongly in the coming weeks.

Rangers must now look to concentrate on the Europa League. The Scottish premiership might be beyond them this season.

Celtic have a formidable 12-point lead at the top and Rangers will need a miracle to overtake them in the title race now.