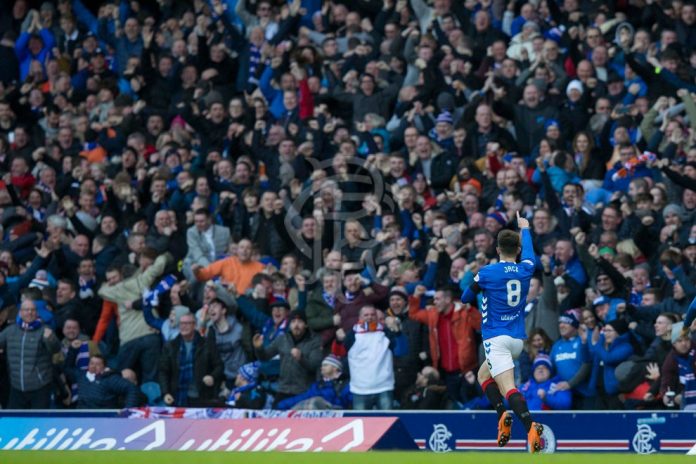 Glasgow Rangers picked up their first win against Celtic since 2012 after beating the Bhoys 1-0 in the Old Firm Derby clash at Ibrox on Saturday.

Well done Steven Gerrard and Rangers for the 1st win in 90 minutes v Celtic since 2012 ….the best team won…Celtic worst performance of the season… work to do in January ⚽️

With this victory, the Gers move level on points with their rivals at the top of the Scottish Premiership table.

Ryan Jack scored the only goal of the match as Rangers picked up a monumental win against their arch rivals.

Although Celtic have a game in hand, the manner of the win and the result suggest there is a strong title race on our hands.

The Gers managed 53% of possession during the game, and registered 14 shots according to BBC Sports.