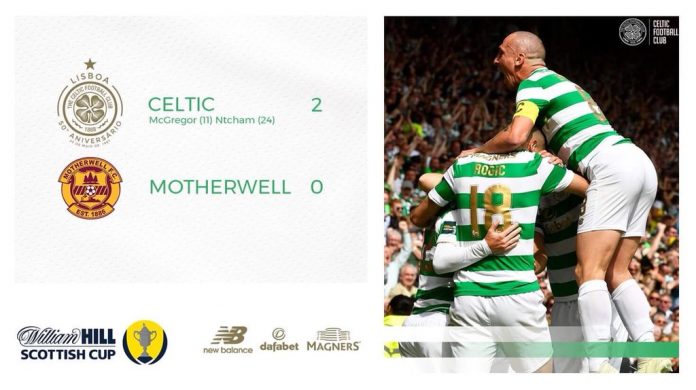 With this win, the Hoops became the first Scottish side to win successive domestic trebles after beating Motherwell 2-0 in the Scottish Cup final.

Sutton was following the game, and he tweeted this after the final whistle:

Brendan Rodgers’ side took an early lead through Callum McGregor’s stunning half-volley strike at Hampden Park in the 11th minute.

Olivier Ntcham scored after a further 10 minutes to double Celtic’s advantage in the first half.

Motherwell responded strongly after the break. Curtis Main was denied by Craig Gordon and Gael Bigirimana’s free-kick hit the crossbar.

This is an incredible achievement from Brendan Rodgers’ side who won the domestic treble in consecutive seasons. It also enhanced their reputation as the most successful club in the Scottish Cup with their 38th title.

Celtic had 61% possession during the game, and registered 16 shots of which six were on target, according to BBC Sport.