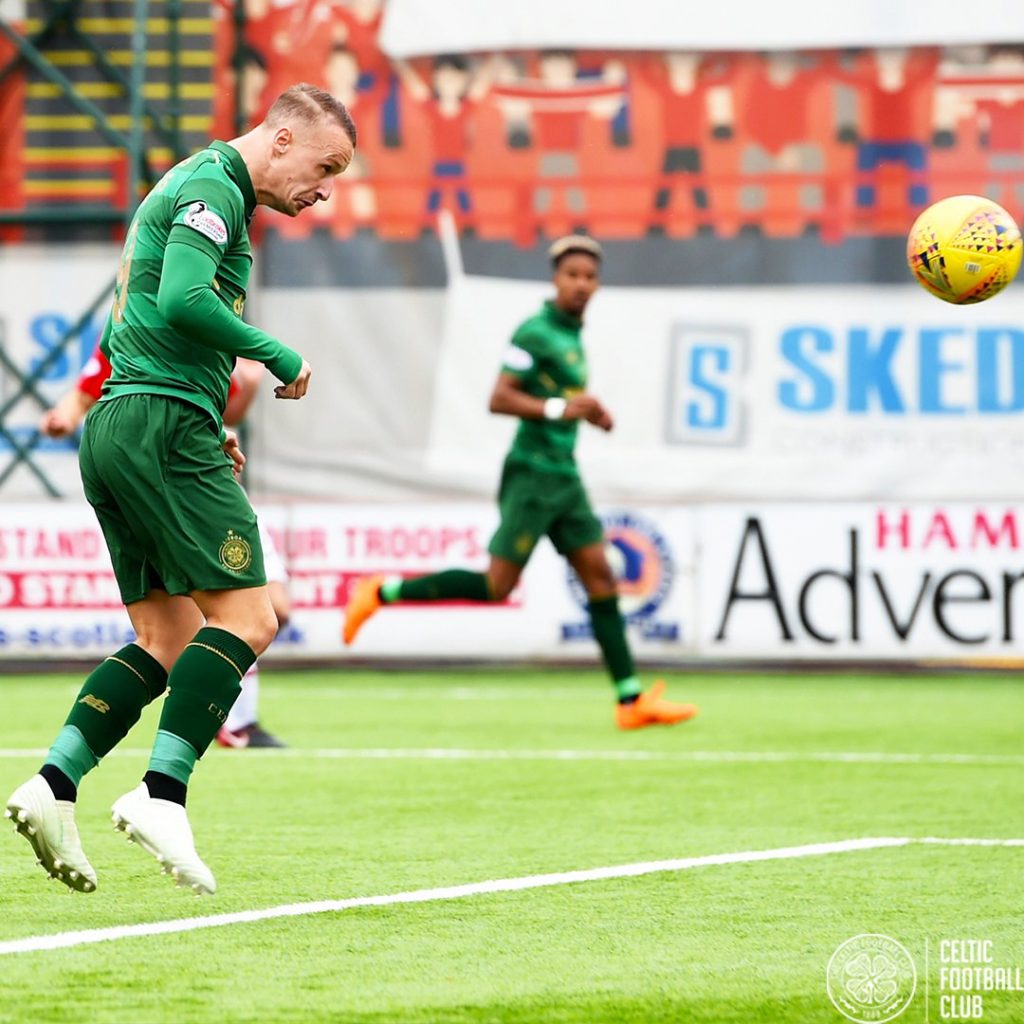 Former Celtic striker and club hero Chris Sutton has taken to social networking site Twitter to express his reaction after the Bhoys won their Scottish Premiership game on Sunday.

Celtic defeated Hamilton 2-1 in the Scottish Premiership clash on Sunday away from home, and extended their lead with second placed Rangers to 15 points.

Sutton, who was following the game for BT Sport, expressed his reaction at the fine whistle. He is impressed with the performance and says that the Bhoys are heading for their seventh title in a row.

.@btsportfootball Celtic and Griffiths heading for seven in a row ⚽ Griffiths off the bench ?? 2-1 Celtic ⚽

Celtic took the early lead inside three minutes through Calum McGregor who was nicely set up by Patrick Roberts.

Rakish Bingham levelled for the home side after some sluggish defending from Kristoffer Ajer. But Celtic were handed a huge boost when the Accies lost Darren Lyon to a second yellow card.

Leigh Griffiths was introduced after the break to take full advantage of the numerical superiority, and the Scotland striker nodded home Scott Sinclair’s cross within a minute to seal all three points for Brendan Rodgers’ side.

Celtic enjoyed 76% possession, attempted 20 shots but could keep only six of them on target, according to BBC Sport.