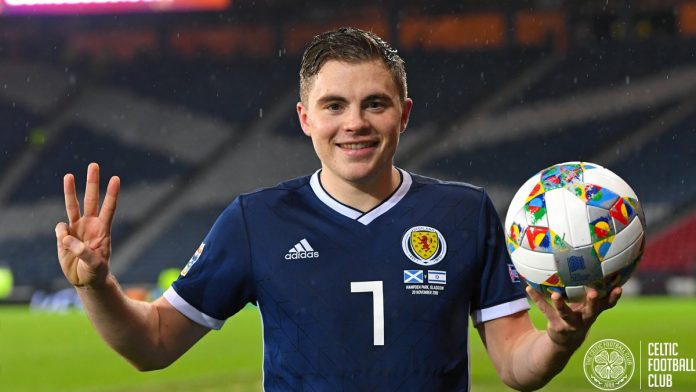 Former Celtic player and popular pundit Chris Sutton has given his reaction to Alex McLeish’s team selection against San Marino.

The Scotland boss decided to drop Celtic’s James Forrest from the starting lineup and Sutton doesn’t seem too happy about it.

Sutton tweeted out that the decision is a joke.

No James Forrest is a joke… https://t.co/tcuk8MnWxI

Forrest has been in fine form for Celtic this season and McLeish’s decision was slightly surprising.

He adds a much-needed goal threat from the wide areas. Also, his flair could have been lethal against San Marino’s poor defence.

On the bright side, Celtic fans will be happy that Forrest will be well rested for their upcoming games in the title run in.

The goal-scoring winger has been key to Celtic’s title quest this season and they need him in top form going into the final round of the season.

Scotland ended up winning the game 2-0 in the end. Goals from McLean and Russell sealed the victory for Alex McLeish’s men.

McLeish’s will be delighted to have returned to winning ways after the humiliation against Kazakhstan.

Here is what the Celtic fans had to say about the decision.

Keeping him fresh for next weekend is more important @chris_sutton73

Good he will be fresh for them on Sunday

Glad because he’s needed to beat shitco next weeked ???