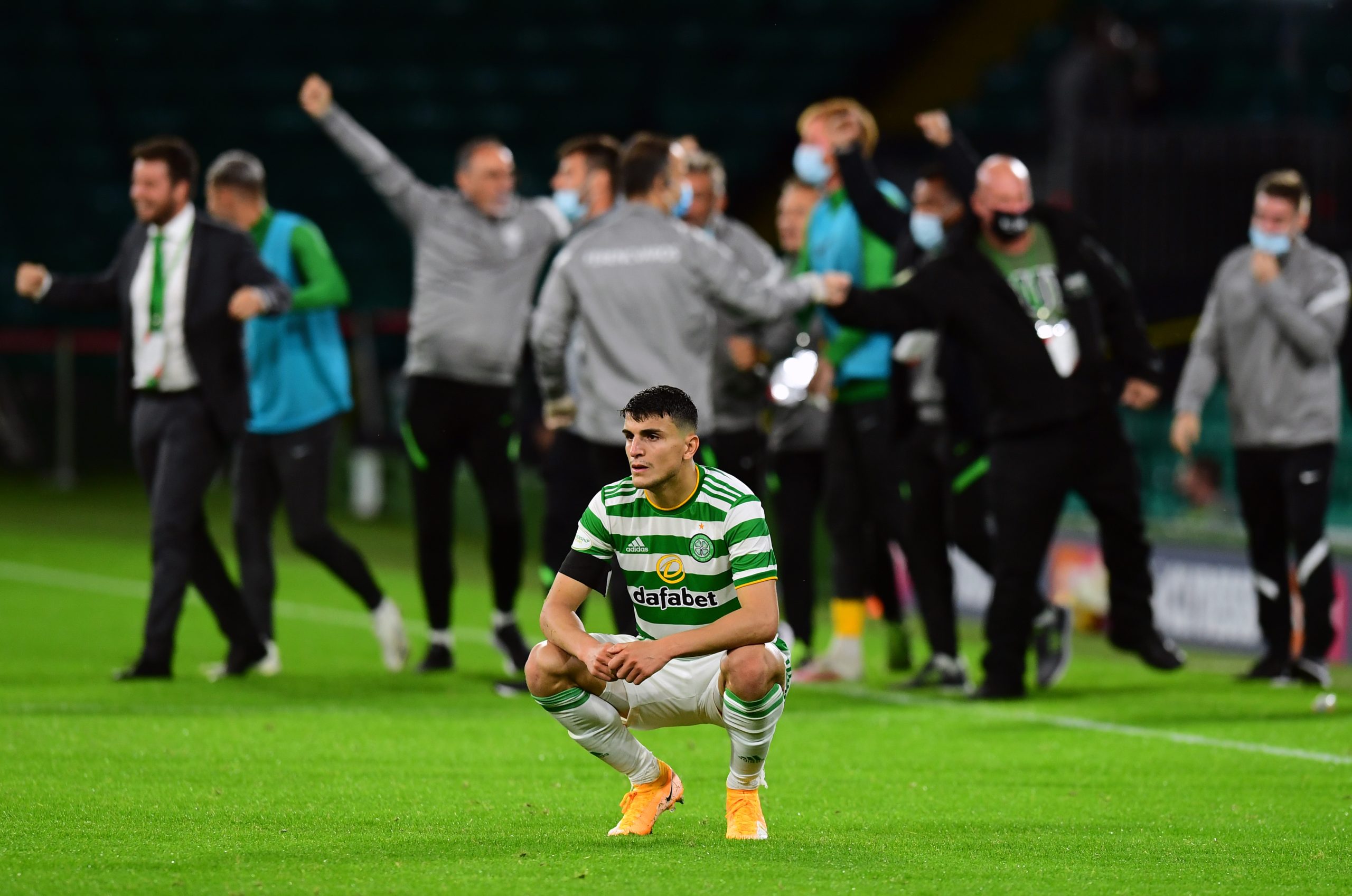 Celtic crashed to a shock 2-1 Champions League qualifying defeat to Ferencvaros last night and the fans will be devastated with the performance from the players.

The Hoops should have managed to qualify for the group stages with ease but their lacklustre display has cost them dearly.

Manager Neil Lennon was furious after the game and he sent out a warning to his players asking them to leave the club if they cannot commit to his project properly.

It will be interesting to see how Celtic bounce back from this. A club of their stature should be playing Champions League football every season.

Furthermore, they need to qualify for the Champions League if they want to keep players like Odsonne Edouard at the club. The Frenchman is an elite talent who has been heavily linked with a move away from Parkhead recently.

It will be interesting to see how the European disappointment affects his future now.

Apart from the sporting reasons, the exit from the Champions League will cost Celtic financially as well.

Former Celtic stars Chris Sutton and John Hartson tore into the players after their disappointing display last night and here is what they had to say.

That’s a bad, bad night for Celtic. No excuses. Embarrassing. Fail to prepare, prepare to fail…

Hartson told Celtic TV: “It’s incredibly disappointing, to say the least. At this level, you cannot keep on creating opportunity after opportunity and being wasteful in front of goal. That’s what Celtic were tonight.

“Yes, Ntcham has hit the crossbar and yes there have been numerous opportunities but to lose a one-off qualifier at home and go out of the Champions League is majorly disappointing.

“You can say Celtic didn’t play badly but they conceded two bad goals. We talked about Tokmac before the game and he was left one on one. And he’s their dangerman.

“Celtic would have seen clips and we never nullified the threat. It’s a good finish but what are we going to say?  Are we going to say it’s okay to keep going out of big competitions because we keep missing our chances?

“It’s a frustrating night more than anything else because we created so many opportunities. We have to just put the ball in the net.”