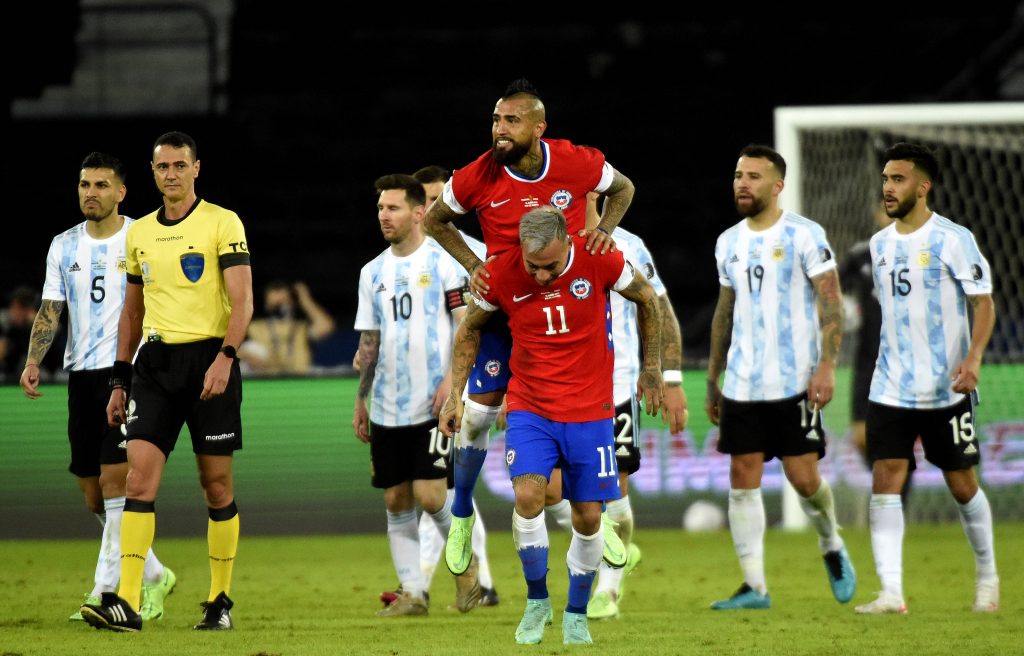 The Copa America 2021 returns to action on Friday night as Chile and Bolivia go head-to-head in their group stage fixture at Arena Pantanal.

Seeking their first Copa America triumph since 2016, the Chileans are desperate to find their rhythm after blowing hot and cold in the recent period.

Meanwhile, Bolivia’s return of one win from nine internationals douses any embers of optimism that they can make it out of the Copa America group stage for the first time since 2015.

Chile came from behind to clinch a 1-1 draw against Argentina in their first match at the tournament, meaning each of their last three internationals yielded the same 1-1 scoreline.

The last time Chile drew three consecutive games was in 1998. Yet, they are hard to beat, having lost just three of their previous 12 outings (W3, D6).

Former QPR forward Eduardo Vargas, who scored the equaliser against Argentina, picked up an injury and had to be stretchered off in the 75th minute.

The 31-year-old will join his long-term national team partner Alexis Sanchez on the sidelines, leaving a sizeable void in Martin Lasarte’s attacking set-up.

The Inter Milan star is likely to skip the entire group stage of the Copa America 2021 due to a muscle injury.

Despite the duo’s absence, Chile will have to find the way to fill the scoring feed, given a dismal return of two clean sheets from their last 14 outings.

Despite holding a half-time lead against Paraguay in their Group A curtain-raiser, Bolivia ended up losing the game 3-1 as they head into this clash on the back of nine consecutive Copa America defeats.

Since losing to Brazil in the Copa America 1997 final, the Bolivians have failed to advance to the tournament’s knockout stage seven times in the subsequent eight editions.

La Verde entered the competition as outsiders, with only four of their players performing in Europe – none in a top-flight division.

Moreno has scored both of Bolivia’s last two goals against Chile, and it will be almost impossible to replace him.

Since being appointed the head coach in the wake of Bolivia’s dreadful Copa America 2019 campaign, Farias has led his team to just two victories in 12 international fixtures.

The 48-year-old has yet to mastermind a clean sheet, something the Bolivians last managed to achieve against Chile in July 2000.

Despite considered overwhelming favourites to claim a much-need win, the Chileans have experienced mixed fortunes in their last three matches against Bolivia (W1, D1, L1).

With that said, Chile are unbeaten in five meetings with La Verde at the Copa America finals (W3, D2), winning the last two by an aggregate score of 7-1.

Going back to August 2001, La Roja have suffered just one loss in their 14 games against Bolivia in all competitions, including friendlies (W10, D3).