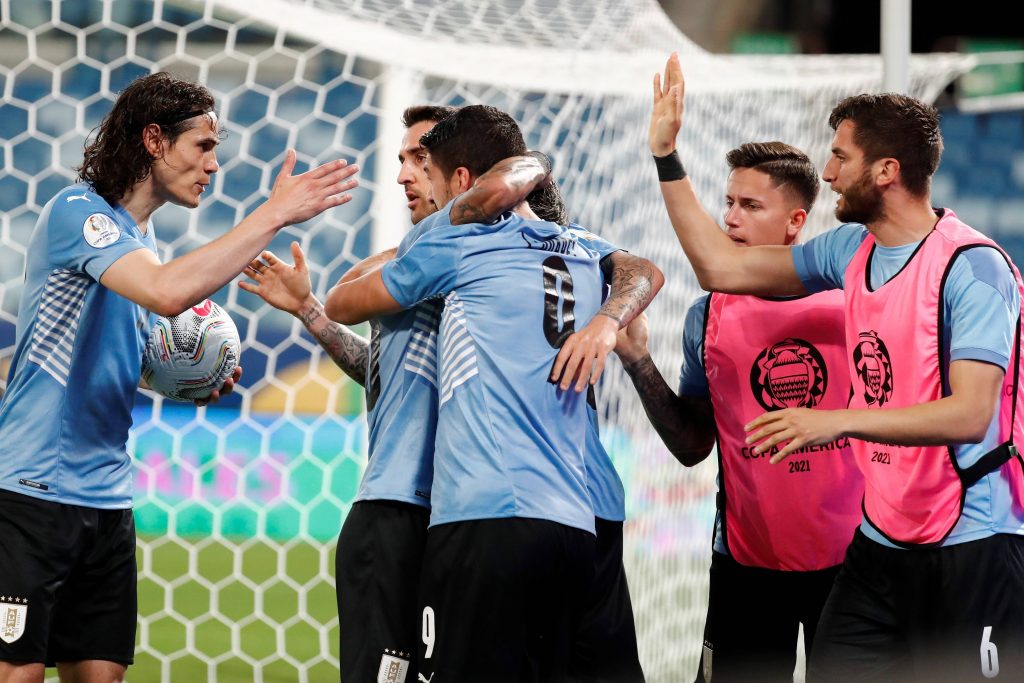 The only two sides in the Copa America 2021 Group A yet to secure all three points are set to square off at the Arena Pantanal as Bolivia take on Uruguay on Thursday.

Another premature Copa America exit will be a near-certainty for Bolivia if they suffer a defeat here.

The same goes for Uruguay, who face the prospect of failing to progress from the tournament’s group stage for the second time in three appearances.

Back-to-back losses to Paraguay and Chile at the beginning of their Group A campaign draws Bolivia closer towards suffering the eighth group stage exit in nine Copa America appearances.

Ahead of the kick-off, the Bolivians remain the only side yet to pick up a single point and find the net from open play in this summer’s tournament, with their lone strike against Paraguay coming from the spot.

Going back to October 2017, La Verde have mustered up just two victories in 23 fixtures, including friendlies (D5, L16), a sequence that saw them concede 2+ goals on 15 occasions.

Playing at Copa America on foreign soil has been a nightmare for La Verde, as they have secured a mere two wins from their last 46 games across the previous 14 non-home editions of the tournament (D18, L26).

Head coach Cesar Farias will welcome back SPAL forward Jaume Cuellar, who served his suspension against Chile last time out.

With Bolivia’s all-time highest scorer Marcelo Moreno ruled out for the rest of the tournament, Farias will turn to Cuellar to try to shoulder the scoring burden.

The 19-year-old is a rare Bolivian to play in Europe, though he spent the 2020/21 season performing for SPAL’s youth team.

It has been a thoroughly underwhelming start to the Copa America 2021 for Uruguay so far, with La Celeste losing 1-0 to Argentina before holding Chile to a 1-1 draw.

Slow-starting Uruguayans have conceded the opener inside the opening half an hour of play in both Group A fixtures thus far.

With two games left to play in this group, the Uruguayans remain confident of reaching the quarter-finals after recording at least one win in every single continental tournament since 1916.

Who else but Suarez and Edinson Cavani to navigate Uruguay through this rough patch, with the star duo netting six of their team’s last 11 goals against Bolivia.

While the Atletico Madrid season-changer opened his Copa America 2021 account last time out, the Manchester United veteran will be keen on getting off the mark against CONMEBOL minnows.

Cavani’s last international goal dates back to Uruguay’s 3-0 away thumping of Colombia in the 2022 World Cup qualifier in November 2020.

Arsenal loanee Lucas Torreira has tumbled down the pecking order following a lacklustre display against Argentina in his team’s tournament opener.

The Uruguayans have outplayed Bolivia in both of their previous competitive meetings, prevailing by a two-goal margin on each occasion.

La Celeste also boast an impressive Copa America H2H record against this opposition in the 21st century, having lost just one of their 12 such encounters this millennium (W8, D3).

Indeed, Bolivia could be the perfect opponent to help Uruguay overcome their recent scoring difficulties, considering Tabarez’s men have netted 2+ goals in all but one of their last six H2Hs.