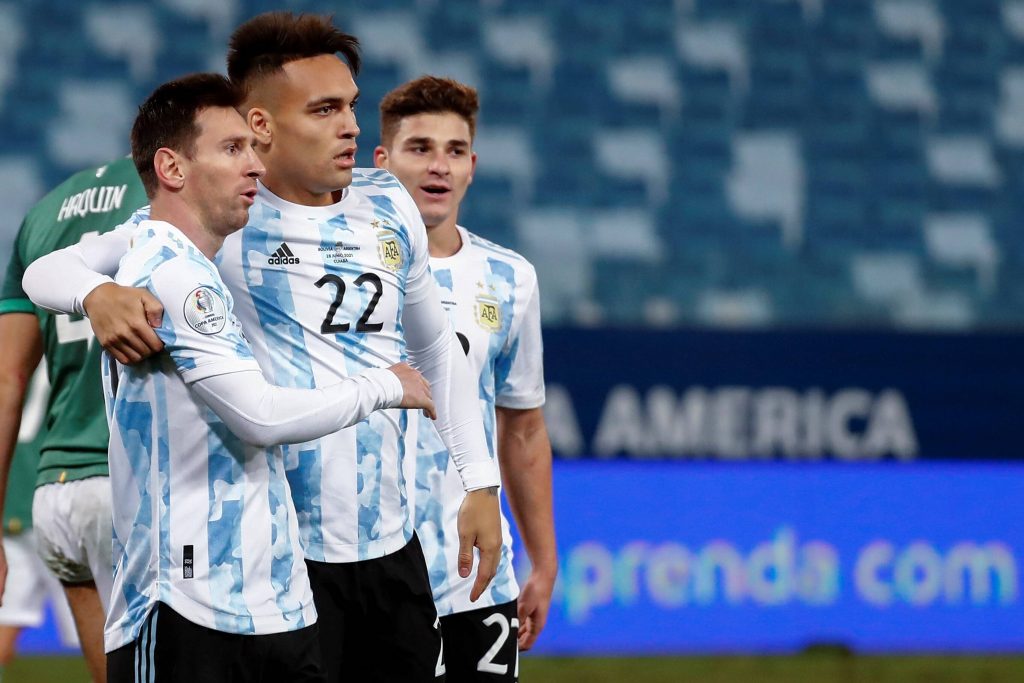 The final two games of the Copa America group stages were played last night, and we now know our line-up for the knockout rounds.

Argentina finished their Group A fixtures with a clash against Bolivia, while Paraguay and Uruguay competed against each other. Here is how the two games went.

Argentina went into the final game unbeaten, knowing that a win would secure their place at the top of Group A. As for Bolivia, they had suffered three straight defeats and were already eliminated.

The first half was the Lionel Messi show, as the 34-year-old directly contributed to three goals. He began in the sixth minute by scooping a beautiful pass for Papu Gomez to volley home off the underside of the crossbar.

In the 33rd minute, Messi got on the scoresheet for himself. Gomez was brought down in the box, and the captain tucked the penalty away for his second of the tournament.

Just before half time, he added another. New Barcelona teammate Sergio Aguero floated a wonderful ball over the top for Messi, who lifted it over the onrushing Carlos Lampe to make it 3-0.

This made the six-time Ballon d’Or winner the outright leading goalscorer in the Copa America 2021.

There was some joy for Bolivia after the break when Erwin Saavedra slammed into the top corner from Leonel Justiniano’s cutback.

But they were soon three goals down again, this time through substitute Lautaro Martinez. He finished from close range after Gonzalo Montiel’s shot was blocked.

La Albiceleste pushed for more, but an inspired showing by Lampe in goal limited them to just four.

The win ensures that Argentina topped the group. They will face Ecuador in the quarter-finals.

There was far more at stake in the other fixture of the night. Both sides had already qualified, but their final positions were yet to be determined.

Paraguay began the day in second. They would have the opportunity to go top with a win depending on Argentina’s result against Bolivia, while a draw would keep them in second. A defeat would see them drop below Uruguay and into third place.

There was only one goal in the game, and it went the way of Uruguay. Nahitan Nandez was fouled by Angel Romero in the box, and Edinson Cavani emphatically converted from 12 yards to give his side the three points.

Uruguay grabbed second place in the final group game, setting up a quarter-final tie with Colombia. Paraguay fell to third, meaning that they will face Peru in the last eight.