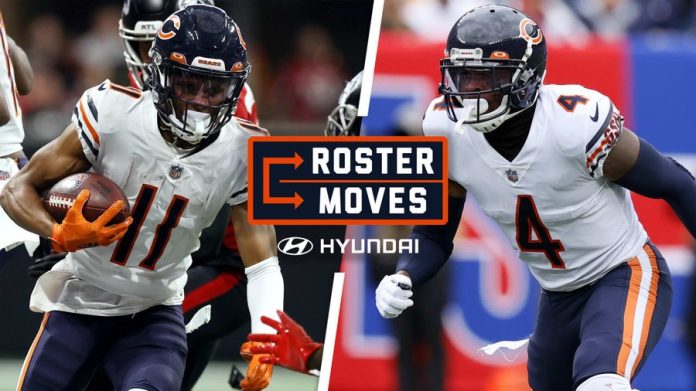 Both players suffered lower body injuries in Sunday’s game against the New York Jets and both will be out for the season. Mooney sustained an ankle injury while Jackson sustained a foot injury.

This Bears offense this year has been inconsistent to say the least. At the beginning the season, Chicago never passed the ball and were a run first team. Then the Bears realized how to use quarterback Justin Fields to his full potential and the offense was humming. Now that Fields is dealing with his own injury and Darnell Mooney is out, this offense will seemingly decline.

It also would not be surprising if the Bears shut down Justin Fields for the remainder of the season, given how well he’s played. Chicago should not risk further with what looks like to be their franchise quarterback.

The Bears should go back to a more run heavy approach going forward. Even if Fields returns, the amount of re-injury risk with a running quarterback is there. So maybe their offensive game plan will be running the ball and running some more.

Losing Eddie Jackson on the defensive side of the ball is maybe the biggest loss. After already trading away pass rusher Robert Quinn and line backer Roquan Smith, this defense has been not as good as it once was.

Jackson has been a mainstay in this defense for quite some time now. This injury is just another tough blow on an already lost season for the Chicago Bears. Chicago does have a bright future as they have some draft capital and the most cap space in the NFL.

Things should be looking up for the Chicago Bears, but time will tell.