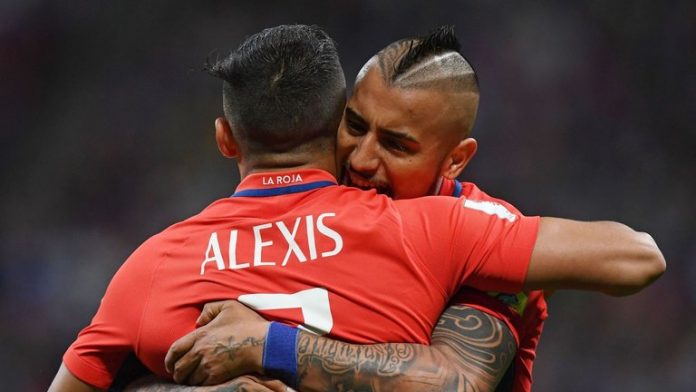 Chelsea’s hopes of signing Artuto Vidal have been given a big boost following the confirmation that Schalke midfielder Leon Goretzka is joining Bayern Munich at the end of the season.

The 30-year-old had been repeatedly linked with a move away from the Allianz Arena over the past few months and Goretzka’s arrival could finally lead to his exit.

German media outlet Bild has claimed that Chelsea are favourites to sign the midfielder, although Manchester United are also known to be interested.

Bayern boss Jupp Heynckes has dismissed suggestions that Vidal would be sold before the January transfer window closes, but a summer move now looks on the cards.

Vidal started his career with Colo-Colo, Chile’s most successful club, before joining Bayer Leverkusen in 2007.

He moved to Juventus in 2011, helping the club win four successive Serie A titles.

Vidal has made over 90 appearances for Chile, playing a crucial role in their Copa America successes in 2015 and 2016.

A move to Stamford Bridge would reunite Vidal with former boss Antonio Conte, with the duo previously spending four seasons together in Turin.

However, Conte has been tipped to leave Stamford Bridge this summer and with Man Utd retaining their interest in Vidal a move to London is not guaranteed.