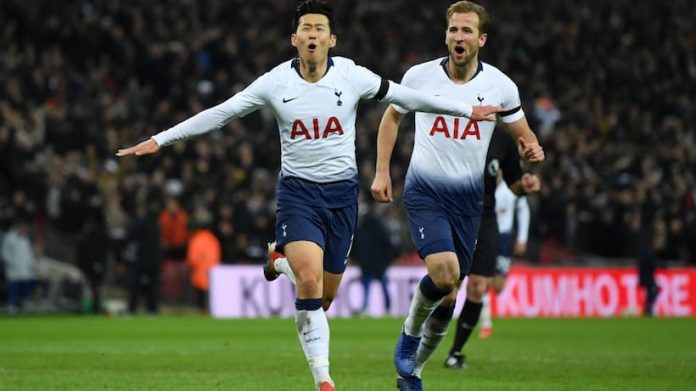 Chelsea picked up a comfortable 2-0 lead in the first leg of the EFL cup semi-finals last night and the Blues will be delighted with their performance despite their injury issues.

Goals from Kai Havertz and an own goal from Ben Davies sealed a vital first-leg win for the Blues.

Defeat in the first leg. pic.twitter.com/RgrfxYc76D

Thomas Tuchel will be hoping for his side to produce a similar performance in the second leg and book their place in the finals of the competition now.

Meanwhile, Tottenham will be thoroughly disappointed with their showing in the first leg and this was a golden opportunity for them to take advantage of Chelsea’s injury problems and secure a memorable result away from home at Stamford Bridge.
It will be interesting to see whether Antonio Conte can rally his troops and get them to make a come back in the second leg of the time now.
The League Cup is Tottenham’s best chance of winning a trophy this season and Conte will be hoping to turn things around against his former side in the next leg.
Star striker Harry Kane has now taken to Twitter to share his reaction to the defeat and the England international tweeted that Tottenham have paid the price for a poor first-half showing.
Kane also thanked the away fans for their support at Stamford Bridge and he revealed that the tie is far from over.

Paid the price for a poor first half. But the tie isn’t over yet. Great noise from the away end.

Tottenham have shown a lot of improvement since the arrival of Conte and they are certainly capable of turning things around in the second leg. However, Chelsea will be the firm favourites heading into the second leg after their performance at Stamford Bridge last night.
Join our Telegram channel to stay up to date on the latest in marketing