Chelsea have re-signed their former player, Nemanja Matic from Benfica, for a reported fee of €25m yesterday.

The 26-year-old has signed a five-and-half-year contract at the Blues and will wear the no. 21 jersey at the club. 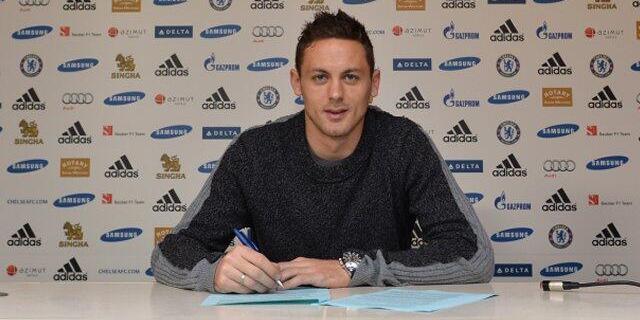 Matic, who left Chelsea in 2011, in a cash plus part exchange deal that saw Brazilian David Luiz coming to Stamford Bridge, has established himself as one of the finest defensive central midfielder around in Europe at the moment, during his three-years’ stay at Portugal under Jorge Jesus.

Central midfield is one of the areas Chelsea needed an investment. Frank Lampard is approaching the end of his career, Michael Essien is largely a fading figure now, while youngster Van Ginkel and Oriol Romeu are still not first team material, hence, Jose Mourinho opted for an experienced and quality central midfielder.

Many have criticized the deal here, as Chelsea have paid a large sum of money for a player whom they sold once for cheap, while few have compared him to legendary German midfielder Michael Ballack.

Its all confirmed, nemanja matic is a done deal, have Chelsea just purchased their new Michael ballack?

We’ve finally replaced Ballack in Matic. That’s how much of a big signing he is.

Have Chelsea finally replaced the massive Ballack-shaped hole left in midfield? That’s how big a signing Matic could be #CFC

Chelsea sold Matic cheap and rebought him expensive. They’re like the reverse Sabatini.

€25m for Matic it’s a bargain. CFC a huge step closer to win the title if he manage to adapt to the league and play like he did at Benfica.

Matic – “I had other offers but Mourinho is Mourinho” #CFC

Share your reactions too about Matic… Is he the next Michael Ballack for Chelsea? Will he start against Manchester United?