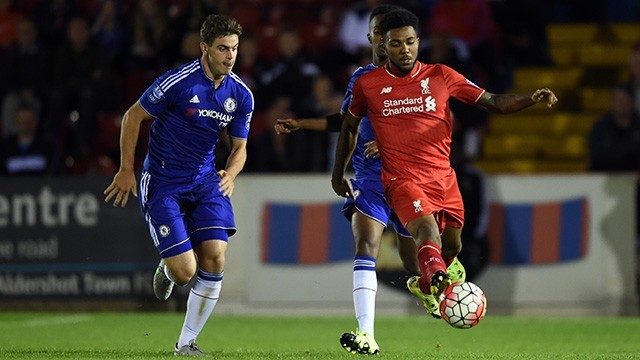 Chelsea have agreed on a deal with Aldershot Town to extend the loan of their highly rated defender Dion Conroy.

The 21-year-old centre-back has impressed in the National League so far this season and both clubs have agreed to let the player continue his development with the Shots until the end of this season.

Conroy is highly rated by the academy staff at Chelsea and the defender was a key member of the youth squad that won the FA Cup and the Under-21 Premier League.

Aldershot are currently seventh in the National League and Conroy will be hoping to help them climb further up the table during the second half of the season. The 21-year-old has made 14 league appearances for Gary Waddock’s side so far.

The Colombian forward was on loan at Sante Fe this season and will now join Cortulua for the remainder of this season. Rodriguez has struggled to hold down a regular starting berth for Sante Fe and therefore the Blues have decided that changing clubs would be ideal for the young forward.

Jhoao Rodriguez is a key member of the Colombian U-20 squad and has scored 5 times in his last 13 appearances for them.