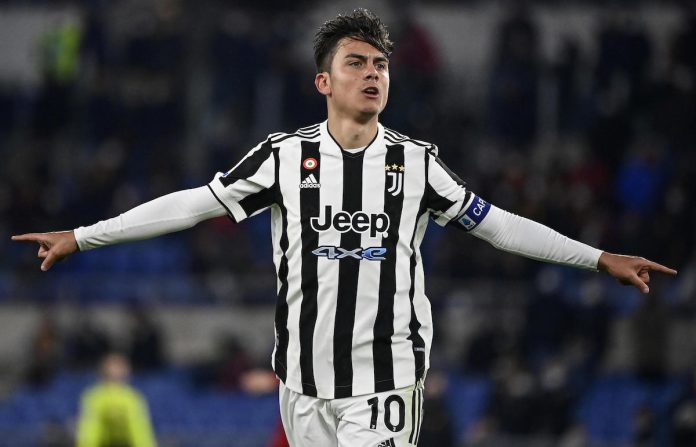 Chelsea are looking to make a move for the Argentine international striker Paulo Dybala at the end of the season.

The 28-year-old has decided to leave Juventus in the summer and he will not extend his contract with the Italian outfit. Dybala will be a free agent in June and signing him up on a free transfer could be a masterstroke from the Blues.

The 28-year-old’s season has been plagued with injuries but he has still managed to score 13 goals and pick up six assists across all competitions so far this season.

It appears that Dybala wanted significant wages in order to stay at Juventus but the Italian outfit decided not to agree to his demands following the arrival of Dusan Vlahovic from Fiorentina.

Devala is at the peak of his powers right now and he could prove to be a quality acquisition for most clubs across Europe. Apparently, the likes of Atletico Madrid and Inter Milan are vying for his services as well and it will be interesting to see where he ends up.

Chelsea have spent a lot of money on the likes of Timo Werner and Romelu Lukaku in recent seasons. However, both players have been underwhelming since they moved to Stamford Bridge and it is no secret that the Blues will have to bring in attacking reinforcements this summer.

Dybala is a versatile attacking player who can lead the line as well as operate as a creative forward. His addition could help the likes of Werner and Lukaku next season.

Furthermore, the Argentine will add creativity and goals to the side as well and he will improve Chelsea in the final third with his technical ability and intelligence.

The Blues certainly have the financial muscle to offer him a lucrative package as well and it remains to be seen whether they can leave him to Stamford Bridge in the coming months.

However, a report from 90min claims that Chelsea will only complete a transfer for Dybala once they take over has gone through.

That said, the London giants have already initiated contacts with the Argentine’s representatives regarding a summer move.

The Premier League club are currently operating under a transfer embargo because of the sanctions imposed on Roman Abramovich following Russia’s invasion of Ukraine. The Russian is expected to sell the club this summer and several bidders have lined up already.