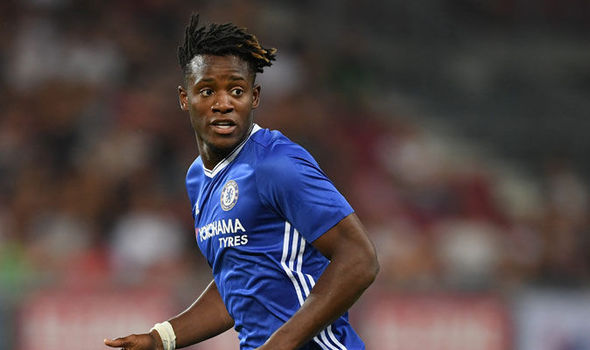 In a strange and certainly unexpected transfer rumour, Napoli and AC Milan are said to be interested in Chelsea’s Michy Batshuayi. The striker only signed for the Blues in the summer from Marseille, for €40 million. But according to Le 10 Sport, the lack of first-team football from the get go for Batshuayi has turned a couple of Italian clubs’ necks in his direction. The French source is relaying a report by Italian newspaper La Gazzetta dello Sport.

It was reported by the Mirror on Monday that AC Milan were eyeing a move for the striker. Now, Napoli’s name has been added to the list as well. Diego Costa, who has been ahead of Batshuayi in the pecking order for Chelsea, is the Premier League top-scorer at the moment and in red-hot form. As a result, the newcomer has yet to start a league game and could find it hard to stake a case for a regular place. Antonio Conte‘s plans to slowly but surely change to a system with two strikers could change things. 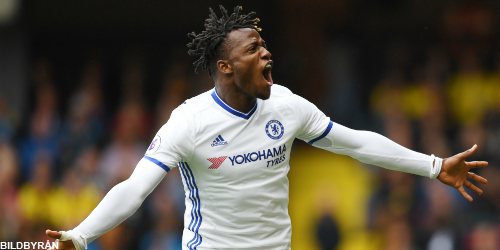 Chelsea only have two out-and-out strikers in their squad at the moment, with Costa and Batshuayi. There is also Dominic Solanke, but the 19-year-old is still very much a part of the Youth setup and is unlikely to be called upon unless there’s a crisis. In this scenario, it is improbable to think that Chelsea would even consider letting Batshuayi going out on loan, let alone on a permanent basis. One injury or suspension to Costa will make Batshuayi the number one man, and there will be ample opportunities for him to prove his worth.

Secondly, judging by his exuberant Twitter account and general cheeriness, there is little indication that the Belgian is unhappy at Stamford Bridge. He has only just come in, and has shown some really promising signs in the game time he has been given. Thus far, he has three goals in all competitions to his name, and has made a difference every time he has come on as a late substitute.

Still, there can’t be smoke without a fire, and the Italian duo’s interest in Batshuayi will be something to keep a close eye on in the January transfer window. Conte needs to ensure that the Belgian gets more game time between now and the end of the season. His team selections could have a major say in Batshuayi’s future at Chelsea in the end.