Antonio Conte will want to sign as many familiar faces as possible at Stamford Bridge, and Antonio Candreva could be the man he starts off with. The Lazio winger looked set for a move to Napoli after a €24 million deal was agreed, but Gianluca Di Marzio has reported today that Chelsea are going to put in a last-gasp effort to hijack the move.

Candreva is a favourite with Conte and featured regularly in Italy’s route to the quarter-finals at the European Championships in France. The 29 year-old had earlier stated his desire not to leave his home country, but the prospect of more money, more silverware and an opportunity to work with Conte could be enough to lure him to the Premier League.

Candreva is an old-fashioned winger who provides genuine width and doesn’t pass up an opportunity to cross the ball into the box. With Conte reportedly wanting to play with 2 strikers at Chelsea, having a player who can deliver quality balls from out wide will do no harm whatsoever. 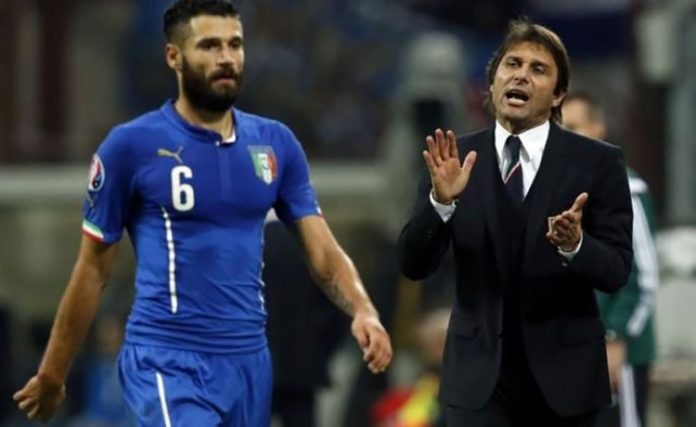 The Blues have Eden Hazard, Pedro and Willian as their wingers at the moment, with youngster Kenedy as a back-up. The former is world-class and can impact any game on his day. He struggled to find any sort of form or consistency last season, but improved dramatically towards the end. He had a solid outing with Belgium in the Euros and will be looking to kick on this season to prove his doubters wrong.

Pedro struggled in his first season in the Premier League following a move from Barcelona, but could come into his own once he settles in. It will be interesting to see how the Spaniard goes this season.

Willian is an extremely hard worker, a quality that made him a constant in the side under Jose Mourinho. He was Chelsea’s best player last season, but that’s not really saying much considering how poor the rest of the squad was. While undoubtedly being an asset, his contributions in the final third still have to improve a lot. In the last 3 seasons, he managed just 19 goals in all competitions. Candreva, with Lazio, netted 35 in the same period.