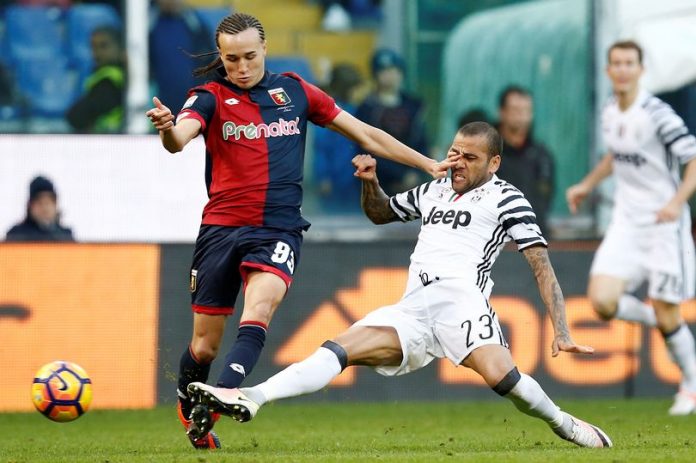 Chelsea manager, Antonio Conte, is looking to add more depth to his attack and has identified the Genoa winger, Diego Laxalt, as a possible signing. The Uruguayan winger has impressed in Serie A with Bologna and Empoli, as well.

According to Daily Mirror, Antonio Conte is a big admirer of the 23-year-old winger and could make a move for him when the transfer window re-opens next month.

Laxalt is a left winger and could be a backup for Eden Hazard. The Blues have enough depth on the right wing with Pedro, Willian, and Moses all capable of playing there. However, Hazard is the only player who is naturally left-sided.

Diego Laxalt’s agent, Vincenzo d’Ippolito, has also confirmed that Antonio Conte has been monitoring his client for a while now, and the former Juventus manager would love to sign him.

He said, “Genoa believe in him, but they are always open to selling their players for the right offer. Conte had been scouting Laxalt when he was in Italy, and he’d love to take Laxalt to Chelsea now.”

Chelsea are in fantastic form right now and have been magnificent at the back. However, most of their wins have been 1-0 victories, and it is understandable why Conte wants to add to his attacking unit.

However, Laxalt signed for Genoa in July this year, and the Serie A outfit will look to demand a premium for him. It will be interesting to see if Chelsea can convince them to sell the player after just six months of signing him.