Serbian defender, Branislav Ivanović, could be on his way out of Chelsea in January.

Ivanović recently signed a new contract which will keep him at the club until the summer of 2017. Given his current form and role under Antonio Conte, it is highly unlikely that the Premier League champions will retain him beyond that.

The 32-year-old is not a key part of Conte’s plans and has hardly featured this season. Although he is not good enough to start for Chelsea anymore, the Serbian can still do a job for other clubs around Europe.

According to the latest report from Turkey, Besiktas are interested in the Chelsea defender, and their president, Fikret Orman, has reached an agreement in principle for the player during his visit to London last week. The report also adds that personal terms have been agreed to between the Turkish giants and the player, as well. 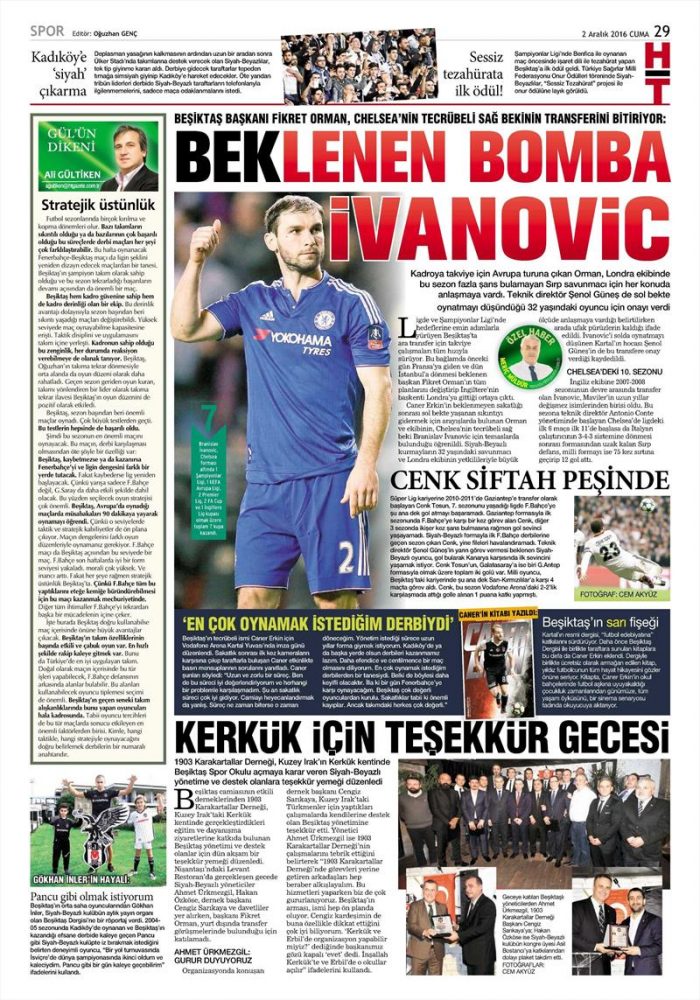 Ivanović has won two Premier League titles and a Champions League title with the Blues. His experience could be vital for the Turkish outfit in their title race.

In other news, Roma midfielder, Radja Nainggolan, has confirmed that he does not regret turning down a move to Chelsea in the summer. The Belgian international was linked with a move to Stamford Bridge as soon as Conte took charge of the Blues, but Roma were not ready to get rid of their best midfielder back then. Speaking to the media now, Nainggolan revealed that he is happy at Roma, and that the Italian outfit are a great club.

I chose to stay here and I’m happy with my choice because I believe that here we can win and that’s what I want to do. I’ve said it many times about Roma, who are a great team. I have no regrets about saying no to Chelsea.